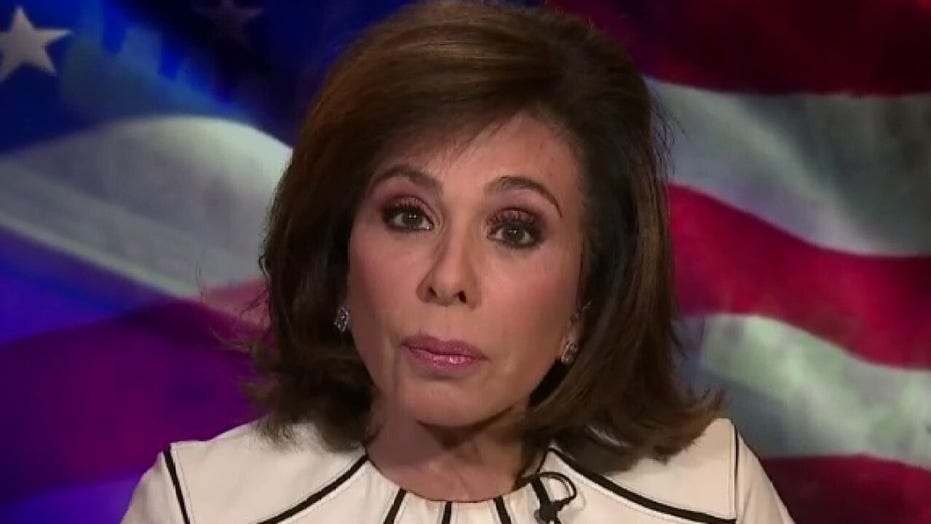 Judge Jeanine: Michigan Gov. Whitmer was taking advantage of the COVID-19 crisis until she got caught

Majorities of Michigan voters are concerned about coronavirus, think President Trump was too slow reacting to it, and favor waiting to reopen the economy. That contributes to Joe Biden leading the presidential race in a Fox News Poll of Michigan registered voters released Wednesday.

Biden’s 8-point advantage over Trump, 49-41 percent, is slightly larger than the poll’s margin of sampling error.  However, both candidates remain below 50 percent and 10 percent of voters are still up for grabs.

Party loyalty also helps Biden, as 91 percent of Democrats back him compared to 85 percent of Republicans supporting Trump.

But likeability could be the key.  By a 10-point margin, more have a favorable (53 percent) than unfavorable (43 percent) opinion of Biden.  Views of Trump are net negative by 8 points (44 favorable, 52 unfavorable).

In 2016, both candidates had net negative favorable ratings among Michigan voters -- Hillary Clinton by a 14-point margin and Trump by 20.

Trump won Michigan by 10,704 votes, less than a quarter of a percentage point.

Currently, 47 percent approve of the job he is doing as president and 51 percent disapprove.

When Michigan Governor Gretchen Whitmer is included as Biden’s vice presidential running mate, the race narrows a touch to a 6-point advantage against Trump and Vice President Mike Pence (49-43 percent, just within the error margin).

Whitmer is popular: 63 percent of voters approve of her job performance and 58 percent have a positive opinion of her personally.

That difference is driven in part by a majority saying Trump failed to act soon enough.  Fifty-nine percent think he was too slow to respond, while 38 percent say his response was appropriate.

On the other hand, a majority agrees with the action Whitmer took to prevent the spread of the virus.  While 33 percent think her stay-at-home order is too restrictive, a 57 percent majority says it is “about right.” Another 9 percent think she should have gone further.

A majority, 61 percent, would rather wait to loosen restrictions, even if it prolongs the economic crisis.  That’s far more than the 24 percent who want to open the economy sooner, even if it means the public health crisis lasts longer.

That is also despite 51 percent saying someone in their household has lost a job or had work hours reduced because of the virus.

Large numbers voice concern about personally catching the virus (72 percent) and that the pandemic will lead to personal economic hardship (75 percent).

Most Democrats would delay reopening (82 percent), but views among Republicans are mixed -- 43 percent favor opening the economy, even if it lengthens the health crisis, while 37 percent say wait.

Far fewer Republicans (59 percent) are concerned about getting coronavirus than independents (70 percent) and Democrats (86 percent).

When asked about their financial situation, 63 percent of voters say they are holding steady.  For the rest, nearly five times as many say they are falling behind (29 percent) as say they are getting ahead (6 percent).

In the race for U.S. Senate, the poll finds incumbent Democrat Gary Peters leads Republican challenger John James by 46-36 percent and 17 percent are undecided or would back a third-party candidate.

Conducted April 18-21, 2020 under the joint direction of Beacon Research (D) and Shaw & Company (R), this Fox News Poll includes interviews with 801 Michigan voters, randomly selected from a statewide voter file, who spoke with live interviewers on landlines and cellphones.  The poll has a margin of sampling error of plus or minus 3.5 percentage points for all registered voters.