A Maryland delegate for Donald Trump has been indicted on charges of child pornography and the illegal transport of explosives.

He faces 50 years in prison if convicted on all the counts.

Bailey was selected as a Trump delegate for the fifth congressional district in April after the New York real estate mogul won the Maryland primary. Bailey is also the son of a former state Republican leader Collins Bailey.

“We strongly condemn these allegations and leave it in the capable hands of law enforcement,” Trump spokeswoman Hope Hicks said in a statement. “He will be replaced immediately.”

Authorities were first alerted to Bailey in February when he allegedly tried to send someone in Wisconsin 119 rounds of reloaded .50 caliber cartridges and 200 rounds of 14.5 mm M183A1 spotting projectiles, which contain an explosive charge.

In May, authorities tried to meet Bailey at a postal facility to find out more information regarding the package but Bailey did not show up. Later that day, authorities executed federal search warrants at Bailey’s homes, where they seized a machine gun.

The federal indictment also includes the allegation that from March 2015 to January 2016, Bailey attempted “to use and did use a minor to engage in sexually explicit conduct to produce child pornography.”

He is also accused of possessing child pornography.

Bailey has been “detained pending a detention hearing” on May 24 in Greenbelt, Md., according to court records. 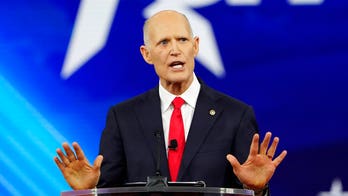 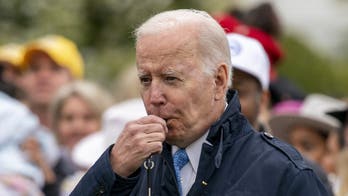