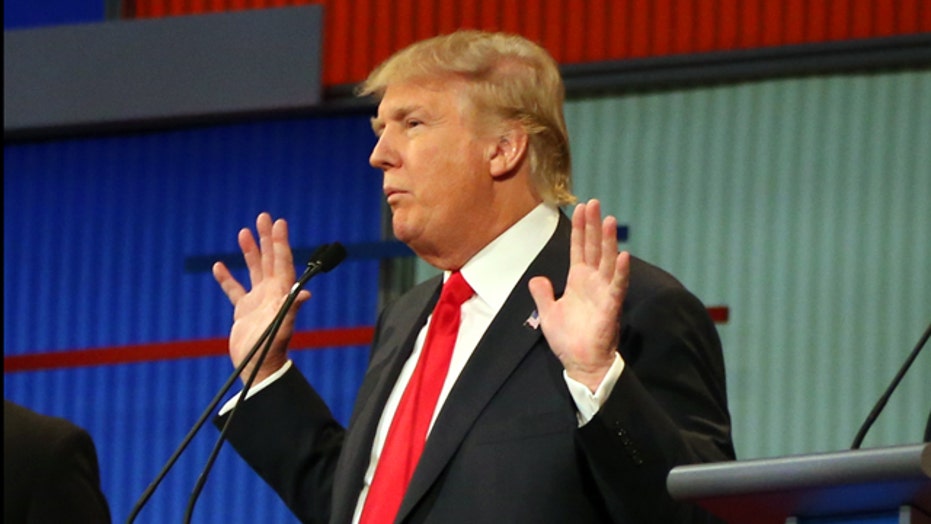 Republican presidential candidate Donald Trump on Sunday defended himself against accusations of being disrespectful to women, saying he cherishes them and has merely fought back after being “viciously attacked” by female detractors.

“I cherish women,” Trump, the New York real estate tycoon now atop the 2016 GOP field, said on CNN’s “State of the Union.” “I said nothing wrong whatsoever.”

The most recent firestorm in the roughly 8-week-old Trump campaign ignited when Fox News anchor Megyn Kelly asked him early in Thursday night’s televised primary debate about previous comments about women that are largely considered demeaning.

Trump said he meant to say “what ever” and was referring to her nose. However, he was promptly un-invited from this weekend’s RedState Gathering, the forum in Atlanta for influential conservatives that this year included 2016 GOP White House contenders.

Trump’s campaign has been marked by a series of controversial statements including suggestions that Arizona GOP Sen. John McCain is a Vietnam War hero only because he was captured and that the Mexican government is sending drug dealers and rapists across the U.S. border.

And on Saturday, political adviser Roger Stone left the campaign, saying he quit after Team Trump said he was fired.

Kelly, in an interview aired Sunday and taped before Trump’s remarks Saturday, told Fox News Channel's “Media Buzz” show that her debate question was “fair” and “not an attack.” However, she said she understood Trump’s perspective, considering the high stakes and Thursday marking his first time in a presidential debate.

“I get it,” Kelly said, adding that she expects they will resolve their differences.

Trump, over four Sunday talk show interviews, also argued he wants to talk about job creation and other pressing issues. And he said that his closest primary challenger -- former Florida Gov. Jeb Bush -- has his own problems with women, considering what he said last week when discussing the idea of cutting off federal money for Planned Parenthood.

"I'm not sure we need half a billion dollars for women's health issues," Bush said. He later issued a statement saying he had misspoken and was referring only to the "hard-to-fathom $500 million in federal funding" for Planned Parenthood.

"I think he's got a huge problem," Trump contended on CBS' "Face the Nation."  He argued the statement was worse than a video recording of 2012 GOP nominee Mitt Romney in which he said that 47 percent of voters were dependent on the government and would vote for President Obama, no matter what.

Trump told NBC’s “Meet the Press” that “when I’m attacked, I fight back.”

He said his remarks about women cited by Kelly were his responses to female detractors who “very viciously” attacked him.

“What they said about me is far worse than what I said about them,” he said. “Am I allowed to defend myself? I want to get back to the country. We have such problems.”

Trump argued that he employs thousands of women whom he has put in charge of construction projects.

He also said that he will not apologize to Kelly.

“I will apologize if I’m wrong about something,” Trump said. “But I don’t like apologizing when I’m not wrong.”