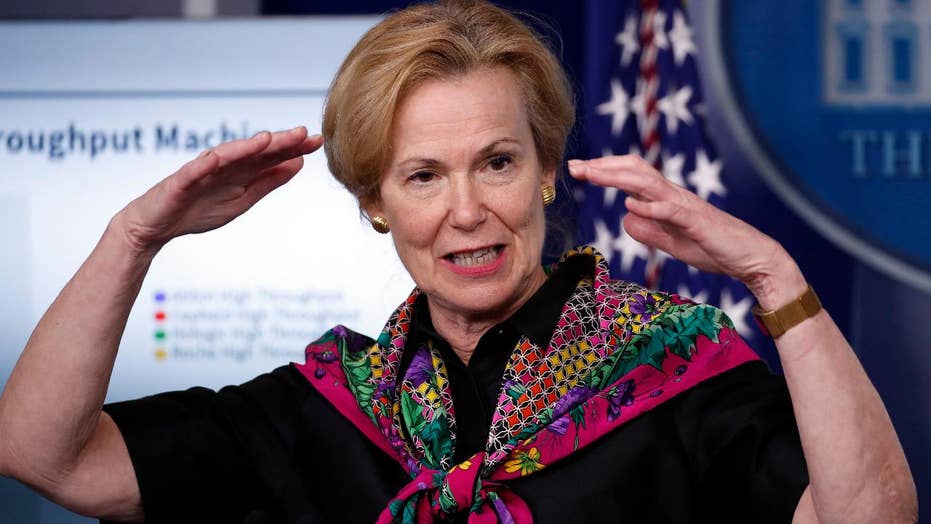 Dr. Deborah Birx says people who demonstrate asympotamtic symptoms must be handled differently compared to those who show obvious symptoms.

New York Gov. Andrew Cuomo will be visiting Washington, D.C., on Tuesday in the midst of the coronavirus pandemic, presumably to meet with President Trump in the Oval Office.

The president announced the meeting at his daily coronavirus task force briefing on Monday.

"I think the governor's going to come in to see us tomorrow," Trump said.

Cuomo's office confirmed to Fox News that the meeting would take place but did not offer any details as to what would be discussed.

Trump and Cuomo have often butted heads throughout the coronavirus crisis, which has engulfed much of New York, making it the epicenter of the outbreak in the entire country, and plaguing the state with 18,609 deaths and 252,579 additional cases of COVID-19.

Still, on Monday, Trump praised Cuomo's efforts saying, "They're really getting it together in New York."

"A lot of good things are happening in New York," Trump added.

The state's daily death toll dropped below 500 for the first time since the start of the month on Monday but the total number of deaths still surpasses any other state in the country and makes up 44.5 percent of the U.S.' casualties.

Cuomo remained cautious on the sixth day of solid decreases in deaths and the third of declining hospitalizations, admitting that the state is still unsure of just how long it will take to flatten the curve.

A statewide stay at home order remains in effect in New York until May 15.