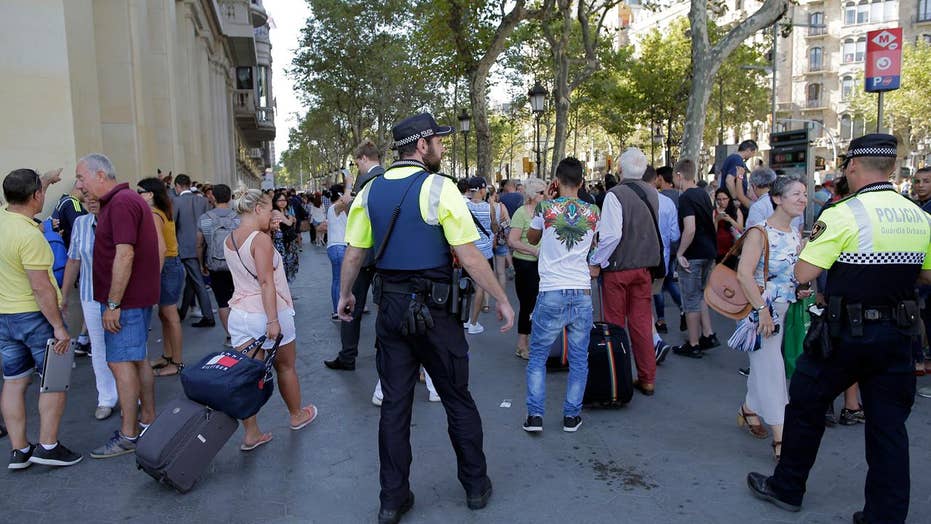 President Trump condemned the Barcelona terror attack on Thursday, vowing the U.S. “will do whatever is necessary to help.”

U.S. authorities are monitoring the unfolding situation as horrific images emerge of the carnage at the scene where a white van rammed into dozens of people in a popular tourist district. There are reports of numerous fatalities and dozens injured.

“The United States condemns the terror attack in Barcelona, Spain, and will do whatever is necessary to help. Be tough & strong, we love you!” Trump tweeted.

“Whatever inspired today’s terror attack, the United States stands ready to assist the people of Spain and find and punish those responsible,” Pence said. “On this dark day, our prayers and the prayers of all the American people are with the victims, their families and the good people of Spain.”

Secretary of State Rex Tillerson, speaking in Washington, said the incident “has the hallmarks it appears of yet another terrorist attack.”

He said the U.S. stands “ready to assist law enforcement and national security authorities in Spain,” adding: “Terrorists around the world should know the United States and our allies are resolved to find you and bring you to justice.”

A Department of Homeland Security statement said the agency has also “reached out to Spanish authorities” and is standing by to help.

The National Counterterrorism Center, the U.S. government hub for threat analysis, also is monitoring the developing events in the Spanish city.

Catalan police tweeted that "there are mortal victims and injured from the crash" without specifying numbers.