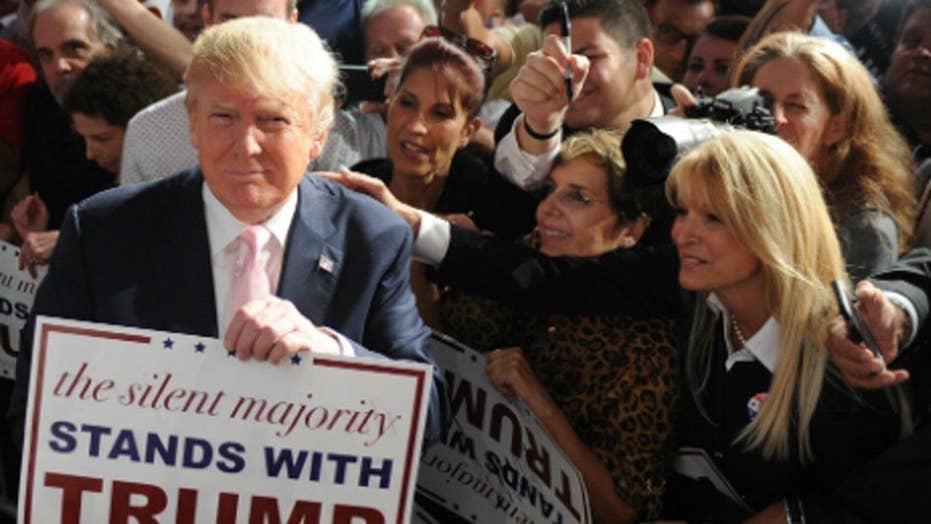 Is the Trump campaign worried about the women vote?

Republican presidential front-runner Donald Trump claimed Thursday night that his controversial remarks about punishing women who have abortions were taken out of context.

The latest furor to surround Trump's campaign began when he told Matthews there should be "some form of punishment" for women who get abortions if the procedure is outlawed, later adding that what the punishment would be would have to be determined.

The real estate mogul claimed to “O’Reilly Factor” guest host Eric Bolling that MSNBC, which broadcast the Wisconsin town hall during which Trump made the remarks, had edited out parts of the discussion with commentator Chris Matthews.

MSNBC responded later Thursday with a statement saying: "The town hall interview with Donald Trump was taped in advance and then aired in its entirety. Absolutely no part of the exchange between Trump and Chris Matthews was edited out."

Trump acknowledged later in the interview that, "It could be that I misspoke."

But he insisted he has always believed that "if in fact, abortion was outlawed, the person performing that act is responsible, not the woman."

On Wednesday, Trump pulled back from his orginal position in a statement, saying that " the doctor or any other person performing this illegal act upon a woman would be held legally responsible, not the woman." The reversal did not stop harsh criticsm of Trump by rivals from both parties.

Most notably, Texas Sen. Ted Cruz, who is running second to Trump in the Republican delegate race, said Trump's initial statement was "the latest demonstration of how little Donald has thought about any of the serious issues facing this country."