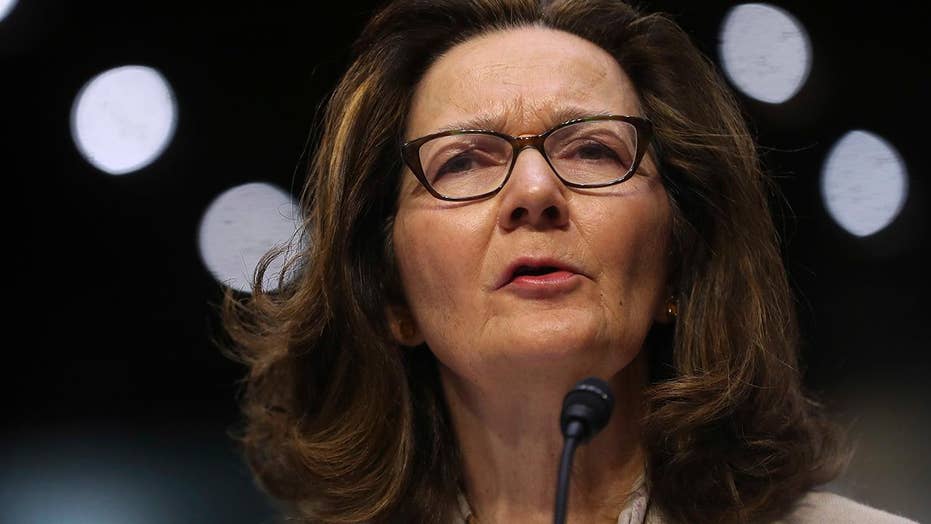 President Trump’s CIA nominee Gina Haspel received the recommendation of the Senate Intelligence Committee on Wednesday, sending the vote to the Senate floor -- where Haspel is expected to have the necessary votes to be confirmed.

The committee voted 10-5 to recommend Haspel, setting up a vote on the Senate floor as soon as this week. Haspel, if confirmed, would be the first woman to lead the agency.

“Gina Haspel is the most qualified person the president could choose to lead the CIA and the most prepared nominee in the 70-year history of the agency,” Chairman Richard Burr, R-N.C., said in a statement.

“She has acted morally, ethically and legally, over a distinguished 30-year career and is the right person to lead the agency into an uncertain and challenging future. I’m pleased to see the committee favorably report her nomination to the full Senate, and I look forward to her swift confirmation,” he added.

Haspel, currently the CIA’s deputy director, has come under fire from Democrats over her role in the agency’s post-9/11 era interrogation and detention practice. She served as the chief of a base at a black-site prison in Thailand in 2002, where techniques such as waterboarding were used on terror suspects. Democrats have complained that the agency has been selective in its declassification of information about her.

Haspel had refused to criticize her colleagues and superiors for their conduct during what she called a “tumultuous time,” but said the CIA under her watch would not resume such techniques.

However, on Tuesday, she wrote to Democrat Mark Warner, D-Va., vice chairman of the intelligence committee, saying: “With the benefit of hindsight and my experience as a senior agency leader, the enhanced interrogation program is not one the CIA should have undertaken."

In a tough confirmation hearing last week, Haspel was also grilled about her role in the 2005 destruction of more than 92 interrogation tapes. She testified that they were destroyed on the order of her supervisor at the time, Jose Rodriguez, and that she was not on the tapes. She did, however, tell senators she was an advocate for destroying the tapes to protect the identity of CIA agents.

But in her hearing, Haspel reminded lawmakers of the important role played by the intelligence community after the 9/11 attacks.

Haspel’s confirmation had been in question after Sen. Rand Paul, R-Ky., said he would not vote for her. Along with the absence of Sen. John McCain, R-Ariz., it meant that Haspel needed at least one Democratic vote to assure her confirmation, even if all other Republicans voted in favor of her confirmation. Sen. Jeff Flake, R-Ariz., has said he is undecided. 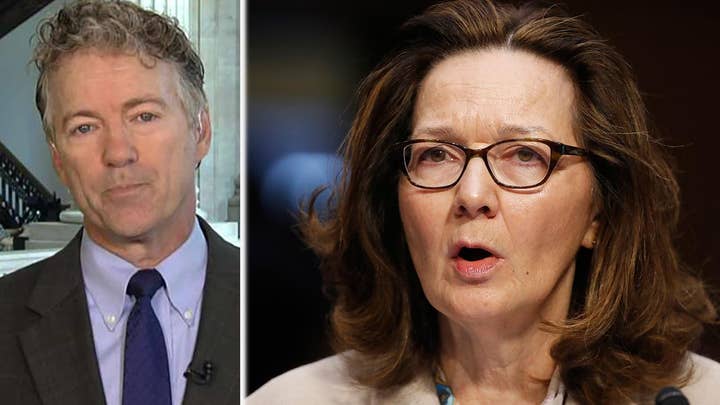 But since then, Warner, along with Sens. Joe Donnelly, D-Ind., Joe Manchin, D-W.Va., Bill Nelson, D-Fla., and Heidi Heitkamp, D-N.D., have all announced their support for Haspel.

“As director of the CIA, Gina Haspel will be the first operations officer in more than five decades to lead the agency. I believe that she will be a strong advocate for the agency’s workforce, and an independent voice who can and will stand up on behalf of our nation’s intelligence community,” Warner said after the vote Wednesday.  “Most importantly, I believe she is someone who can and will stand up to the president if ordered to do something illegal or immoral -- like a return to torture.”

Democrats opposing her nomination specifically cited her role in what they claim amounts to torture.

“While her career has been impressive, Ms. Haspel’s role in programs that conducted torture is very troubling; her refusal to acknowledge the immorality of such conduct even today with the benefit of hindsight is even more so and reflects poorly on our nation’s reputation as a moral leader in the world,” Sen. Doug Jones, D-Ala., said in a statement Tuesday.

White House Press Secretary Sarah Sanders said on “Fox & Friends” Wednesday morning that the White House was optimistic that Haspel will be confirmed.

“We’re very optimistic, we think obviously Gina Haspel is the most qualified and credible person that you can find to run the CIA,” she said. “We’re excited about her taking the helm as the full director of this agency and things look really good.”