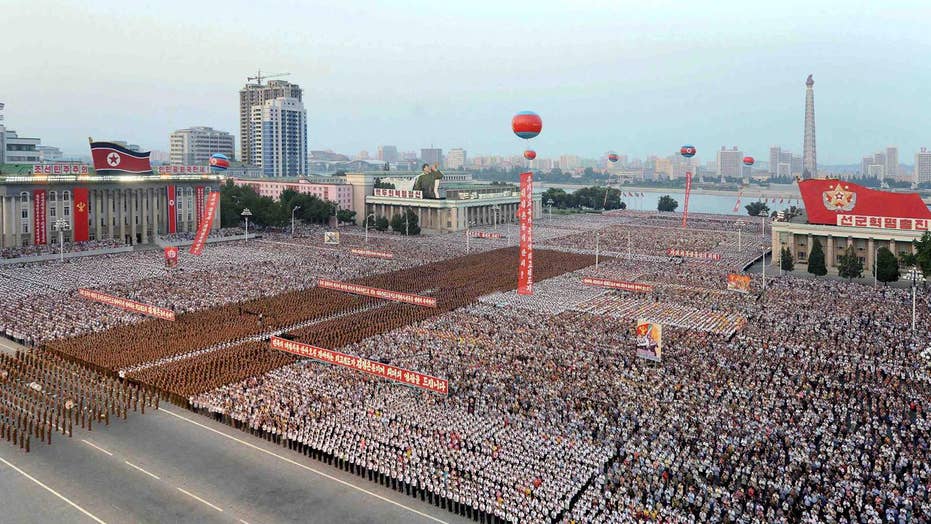 President Trump is expected to hold a bilateral meeting with Chinese Presient Xi Jinping Saturday morning at the G-20 summit in Hamburg, Germany, where the topic will be trade and North Korea, senior administration officials told Fox News.

Trump is expected to be direct with Xi on Pyongyang’s nuclear threat, an official said. On trade, Trump is expected to, again, push Xi to level the playing field between the U.S. and China and reduce the US trade deficit with Beijing.

A Pentagon spokesman says the long-range missile that North Korea test-launched Tuesday was a type not previously seen by U.S. analysts.

Following North Korea's missile launch, Trump expressed frustration with China over its expanding trade with North Korea. Trump had expressed optimism after his first meeting with China's president that the two would work together to curb North Korea's nuclear pursuits.

The president tweeted Wednesday, "Trade between China and North Korea grew almost 40% in the first quarter. So much for China working with us - but we had to give it a try!"

China has long resisted intensifying economic pressure on neighboring North Korea, in part out of fear of the instability that could mount on its doorstep, including the possibility of millions of North Koreans fleeing into China. China has also been concerned that a reunited, democratic Korea — dominated by South Korea — would put a U.S. ally, and possibly U.S. forces, on its border.

Tillerson, in a statement late Tuesday released as most Americans were celebrating the Fourth of July holiday, vowed “stronger measures” to hold the North accountable, and said: “Global action is required to stop a global threat.” He said any country helping North Korea militarily or economically, taking in its guest workers or falling short on Security Council resolutions “is aiding and abetting a dangerous regime.”