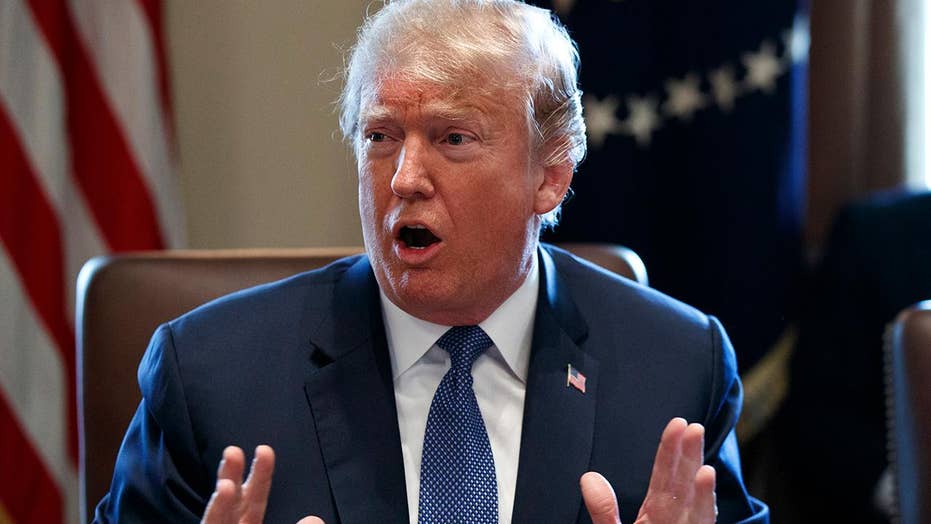 President Trump is scrapping plans to travel this week to a summit in South America because of the situation in Syria, the White House said Tuesday.

Trump had been scheduled to depart Friday for Peru before traveling to Colombia.

“President Trump will not attend the 8th Summit of the Americas in Lima, Peru or travel to Bogota, Colombia as originally scheduled,” White House press secretary Sarah Sanders said in a statement.

Sanders said Vice President Mike Pence will travel in Trump’s stead. Pence will only go to the Summit of the Americas in Peru, but will not go to Colombia.

“The president will remain in the United States to oversee the American response to Syria and to monitor developments around the world,” she said.

The announcement follows Trump on Monday calling the suspected chemical attack in Syria over the weekend “atrocious” and saying the United States will make “major decisions” about its response over the next 24 to 48 hours.

On Monday, the president said he isn’t ruling out military action.

“Nothing is off the table,” Trump said.

Saturday's suspected poison gas attack took place in a rebel-held town near Damascus amid a resumed offensive by Syrian government forces after the collapse of a truce. Syrian activists, rescuers and medics said the attack in Douma killed at least 40 people, with families found suffocated in their houses and shelters.

Over the weekend Trump threatened a "big price to pay" for the attack. The government of President Bashar Assad has denied using poison gas.

Meanwhile, a U.S. official on Monday confirmed to Fox News that Israel conducted an airstrike on a Bashar al-Assad air base in Syria on Sunday night. The airstrikes reportedly killed 14 people, including Iranians, at a military airport near the city of Homs.