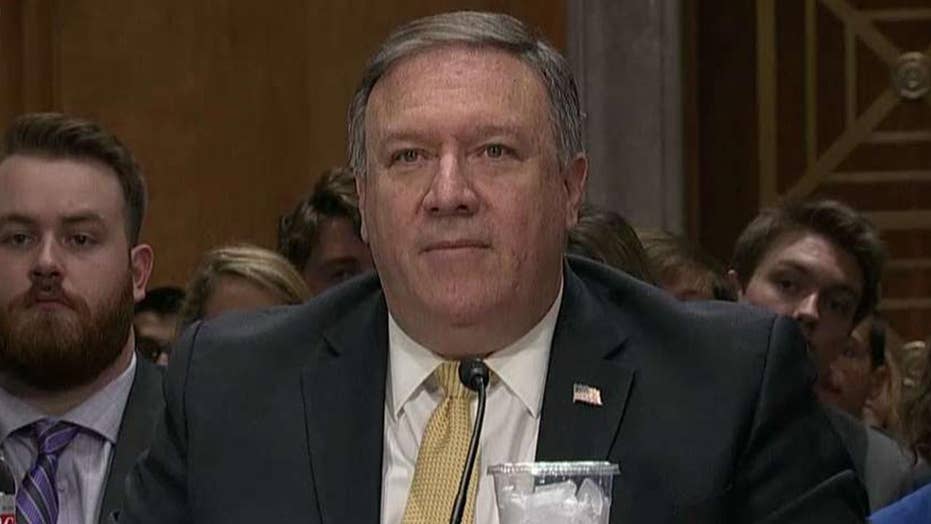 President Trump’s decision to pull out of a planned, historic summit with North Korean leader Kim Jong Un was met with both praise and condemnation by lawmakers -- mostly depending on the politician’s political party.

Trump cited the “open hostility” displayed by North Korean leader Kim Jong Un in his decision to reject the invitation to meet in Singapore in June. North Korea has questioned for days whether the summit would continue, and Vice Minister of the North Korean Foreign Ministry Choe Son Hui recently said whether the U.S. “will meet us at a meeting room or encounter us at nuclear-to-nuclear showdown is entirely dependent upon the decision and behavior of the United States.”

“The North Korean regime has long given ample reason to question its commitment to stability,” House Speaker Paul Ryan, R-Wis., said in a statement. “We must continue to work with our allies toward a peaceful resolution, but that will require a much greater degree of seriousness from the Kim regime.”

He added that Congress has “provided significant tools to hold North Korea accountable.”

Senate Minority Leader Chuck Schumer, D-N.Y., said many were worried the summit “would be a great show that produced nothing enduring.”

“If a summit is to be reconstituted, the US must show strength [and] achieve a concrete, verifiable, enduring elimination of Kim Jong-Un’s nuclear capabilities,” he said in a tweet.

But Sens. Bob Menendez, D-N.J., and Bill Nelson, D-Fla., were seemingly less understanding about the cancellation.

“The art of diplomacy is a lot harder than the art of the deal,” Menendez said

“North Korea has a long history of demanding concessions merely to negotiate,” he said in a statement.

“Kim Jong Un is a murderous despot and habitual liar,” Sen. Ben Sasse, R-Neb., said. “The President made the right call to cancel this summit. If North Korea wants diplomacy, it should know that half-measures and spin about its nuclear program won’t cut it.”

Sen. Cory Gardner, R-Colo., said Trump “made the right decision” in his decision to reject the summit.

“We must double down on our strategy of maximum pressure and engagement,” he said. “Our goal of any discussions with North Korea should remain the complete, verifiable and irreversible denuclearization of the Korean Peninsula.”

Rep. Adam Schiff, D-Calif., said the cancellation of the summit "was the necessary result of a poor negotiating strategy in which the President made it all too clear to North Korea that he needed the summit more than the North Korea dictator."

"This put the United States in a weak bargaining position in which the President was offering to protect Kim Jong Un, make him ‘very, very happy’ and otherwise undermine the U.S. position before the two parties even met," Schiff, the ranking member on the House Intelligence Committee, said. "Hopefully, the Administration can coalesce around a better strategy and negotiations can resume in the future.  Having created an increased nuclear threat from Iran with his abandonment of that deal, the last thing the United States needs is two nuclear problems at the same time."