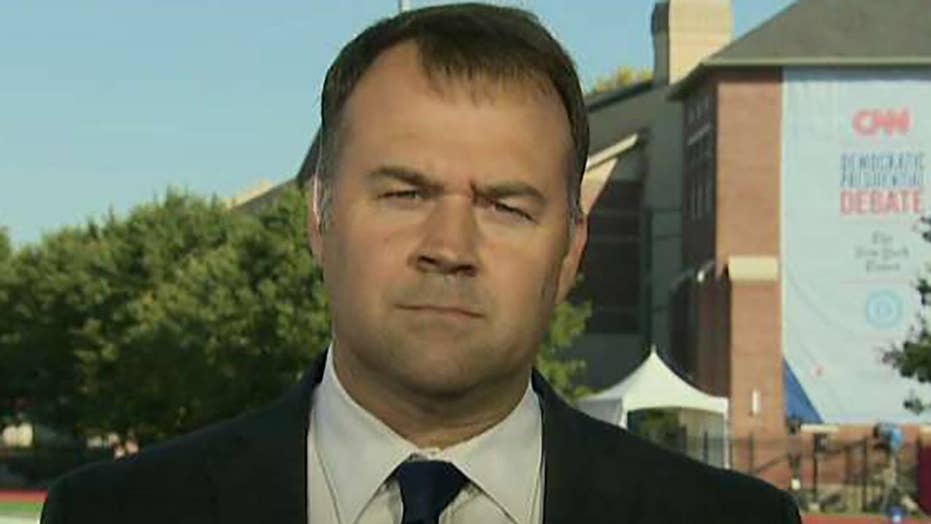 The campaign started flying an aerial advertising banner over Otterbein University in this suburban Columbus, Ohio town, which is the site of Tuesday night’s fourth-round Democratic nomination debate.

WARREN, BIDEN BATTLE FOR TOP SPOT IN POLLS ON EVE OF DEBATE

“SOCIALISM DESTROYS OHIO JOBS. VOTE TRUMP,” read the advertisement. The banner was visible starting at noon EST and the Trump campaign said it would fly the banner until 6:45 p.m., with a short break during the afternoon.

The president, his re-election campaign, and the Republican National Committee have long accused the Democrats of making a “far-left lurch toward big government socialism.”

“While Democrats will use the debate stage to paint a glamorous view of their socialist agenda, Team Trump is here to expose the truth behind their job-killing policies and remind Ohioans what's at stake in 2020,” Trump campaign communications director Tim Murtaugh said in a statement.

“DEMOCRATS WILL KILL OHIO JOBS,” screamed the headline in the newspaper ad.

While many of the Democratic candidates are proposing progressive polices as they run for their party’s presidential nomination, only Sen. Bernie Sanders of Vermont openly describes himself as a “Democratic socialist.”