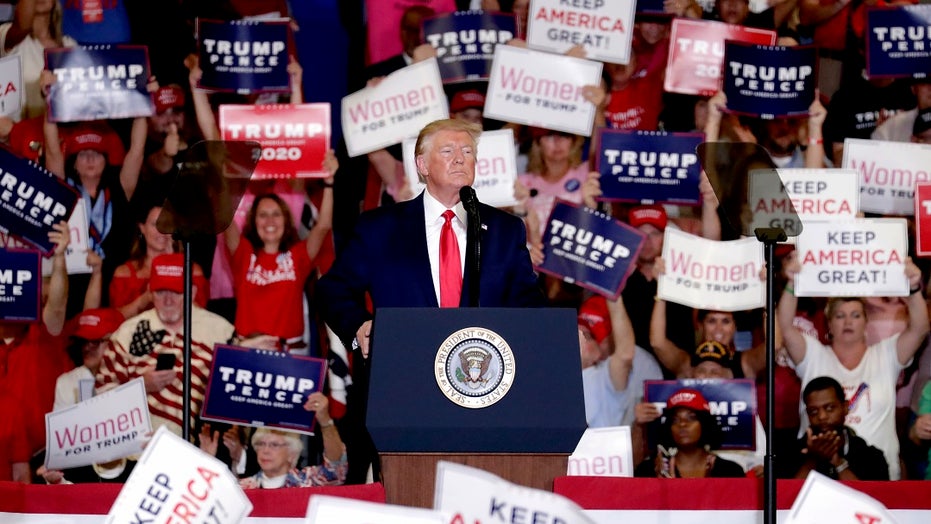 Just after the Biden campaign rolled out a Latino voter outreach program Wednesday, the Trump campaign quickly figured out another way to “own the libs" by buying the URL for Biden's new campaign slogan.

Presidential hopeful Joe Biden, who spent the day campaigning across Pennsylvania and Iowa, announced “Todos Con Biden” to drum up a network of Latino voters to support the former vice president.

But the Biden campaign committed a cardinal sin in public relations: they failed to reserve the domain name before they announced the slogan. They did not purchase www.todosconbiden.com or even reserve the @TodosConBiden Twitter handle.

The Trump campaign saw a prime opportunity to troll and snatched up the website and social media handle, and used them to mock Biden.

A visit to www.todosconbiden.com revealed a message in both English and Spanish: “Oops, Joe forgot about Latinos. Joe is all talk.”

The only link on the page redirects visitors to the Trump campaign’s Latino outreach site, “Latinos for Trump.”

""It is no surprise that Trump's campaign would resort to childish antics like this to take attention away from this president's appalling record of separating families and using immigrants as scapegoats, fomenting hatred and white supremacy, and trying to take away health care from millions of Americans who need it," Biden campaign spokeswoman Isabel Aldunate said. "Trump and his allies should be more focused on doing right by the Latino community and our country. It is clear that Trump is afraid to face Vice President Biden next November, because he knows Biden's positive vision for our country will beat him like a drum."

The @TodosConBiden Twitter page was more damning, as it detailed all of Biden’s gaffes and instances where his record runs contrary to his current rhetoric.

"Poor kids are just as talented as white kids," the account tweeted, referring to a Biden campaign event where he misspoke.

"Joe Biden is the king of putting 'kids in cages,'" the account tweeted, along with a video montage of immigrant children in holding cells allegedly from the Obama-Biden administration.

The Trump campaign ramped up its mockery of Biden, even selling "Where's Hunter?" T-shirts in reference to Biden's son, who has stayed out of the public eye as his business dealings in Ukraine have come under scrutiny.

During the last two debates, the Trump campaign has trolled all 2020 Democrats by flying banners over host cities slamming the president's potential rivals as socialists and "devastating" to the local economy.