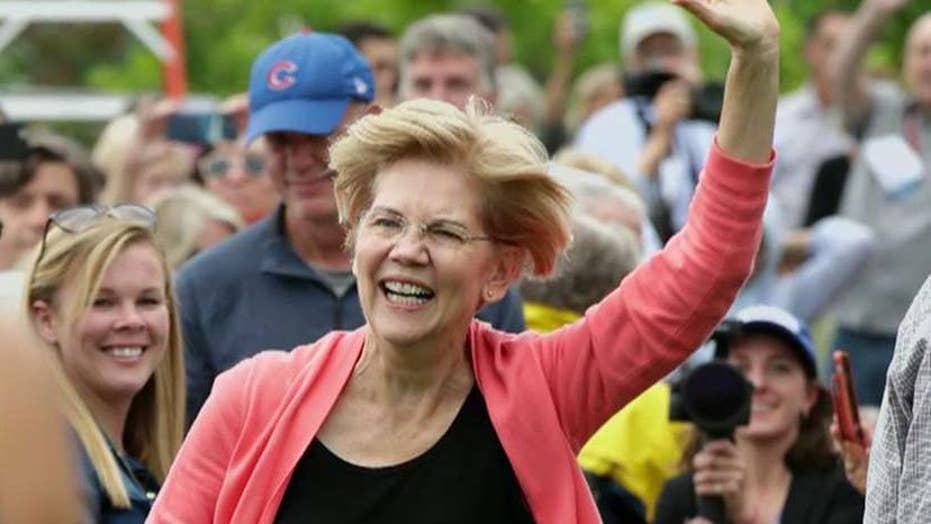 Sen. Elizabeth Warren and Joe Biden set to debate on the same stage for the first time

Will Joe Biden gaffe or hit back as Sen. Elizabeth Warren puts him on notice for the third Democratic debate? Fox News contributor Guy Benson weighs in.

President Trump’s re-election campaign is going up in the air to hammer home their message that the Democratic presidential candidates are pushing a socialist agenda.

The campaign says they’ll fly a banner that reads “Socialism will kill Houston’s economy” above the site of Thursday’s third round Democratic primary debate, which is being held in Houston on the campus of the historically black Texas Southern University. The banner will fly from 2 p.m.-6 p.m. local time, just ahead of the nationally televised showdown.

“Socialism SUCKS and @TeamTrump is flying high above the Dem debate in Houston to remind the circus in town that their policies will hurt Houston, Texas and America!” Trump 2020 campaign manager Brad Parscale tweeted on Wednesday.

The president, his re-election campaign, and the Republican National Committee have long labeled the proposals being promoted by many of the Democratic White House hopefuls as too extreme and described them as socialism.

The campaign told Fox News this is the first time they’ve done a flyover at the Democratic primary debates. But they note they used a similar tactic on Labor Day, flying banners over beachgoers in a number of cities, urging people to add their phone numbers to the campaign’s list of supporters.

Last weekend, the Republican National Committee ran ads on an electronic billboard outside of an arena in Manchester, N.H., where nearly the entire field of Democratic presidential contenders were addressing a state party convention. The billboard read “Welcome to the 2020 Democratic Circus!”