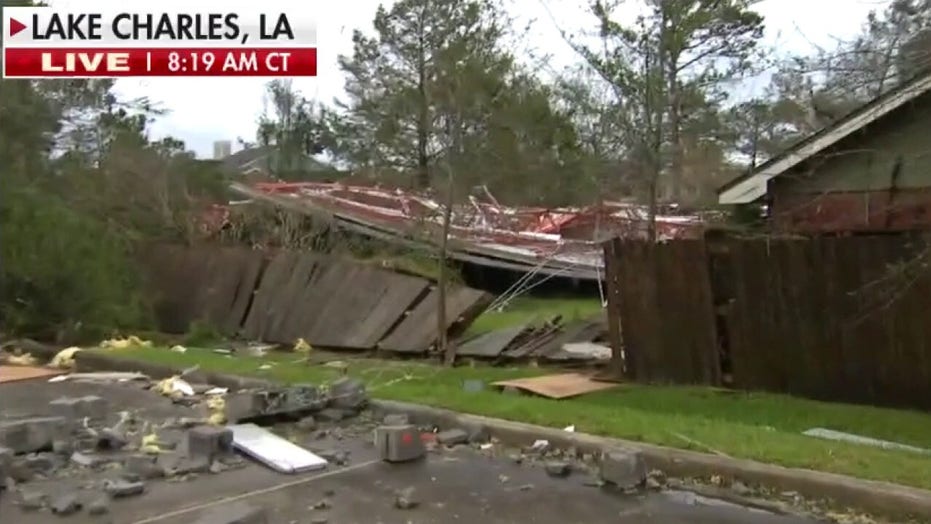 Amid questions over how Hurricane Laura's devastating impact on the Gulf Coast would affect Thursday night's final session of the Republican National Convention, the Trump campaign tells Fox News that President Trump's acceptance speech "will happen as scheduled tonight."

Packing winds up to 150 miles per hour, the extremely powerful storm slammed into southwestern Louisiana early on Thursday morning. The city of Lake Charles took a direct hit, with storm chaser Stephen Jones telling "Fox & Friends" that "this entire city is severely damaged."

The Trump campaign pointed out that the president "has FEMA in steady contact with state and local officials and has already mobilized resources and supplies to people in harm's way." The White House on Thursday morning announced that Trump would visit the Federal Emergency Management Agency (FEMA) headquarters and receive a briefing on the response

Speaking to reporters later Thursday at FEMA HQ, the president said he was prepared to postpone his speech until Monday.

“Now it turned out we got a little bit lucky. It was very big. It was very powerful but it passed quickly," Trump added.

There is some precedent for a national political party convention behind held far from the impact zone of a hurricane being delayed due to the storm. In 2008, the first night of the GOP convention being held in Minnesota was mostly scrapped as Hurricane Gustav made landfall in Louisiana.

Late Wednesday night, the campaign of Democratic nominee Joe Biden criticized the Republicans. As part of her response to the third night of the Republican convention, Biden deputy campaign manager Kate Bedingfield charged that "we also heard almost nothing about the massive hurricane bearing down on the Gulf Coast." 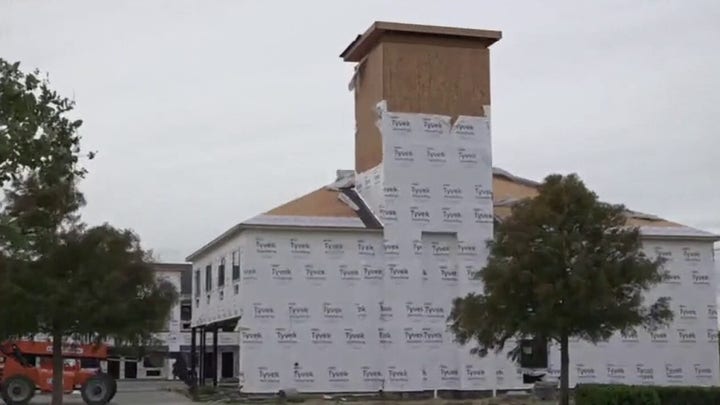 On Thursday, Biden campaign senior adviser Symone Sanders told Fox News that “last night during the RNC we knew what was coming.”

Sanders emphasized that "leadership would mean doing what is in the best interest of the people in the Gulf Coast – the folks in Texas, the folks in Louisiana. They need assistance right now.”

And she argued that "the reality is they haven’t led on this issue.”

Pushing back, the Trump campaign pointed to the opening prayer at Wednesday night's session, which included asking God to protect the people in the path of the storm. They also noted that Lara Trump, the most senior campaign official speaking on Wednesday night, asked for God's blessings on residents of the Gulf states. And they highlighted that Vice President Mike Pence, the main attraction on the third night of the confab, addressed the storm at the beginning of his nomination acceptance speech.

A VIEWERS GUIDE TO THE FINAL NIGHT OF THE REPUBLICAN CONVENTION

"President Trump is doing his job working to protect the health and well-being of the American people, while, as usual, the Biden campaign is trying to take advantage of a crisis by turning it into a political weapon. Useless partisan sniping from the basement helps no one," Trump campaign communications director Tim Murtaugh argued in a statement to Fox News.