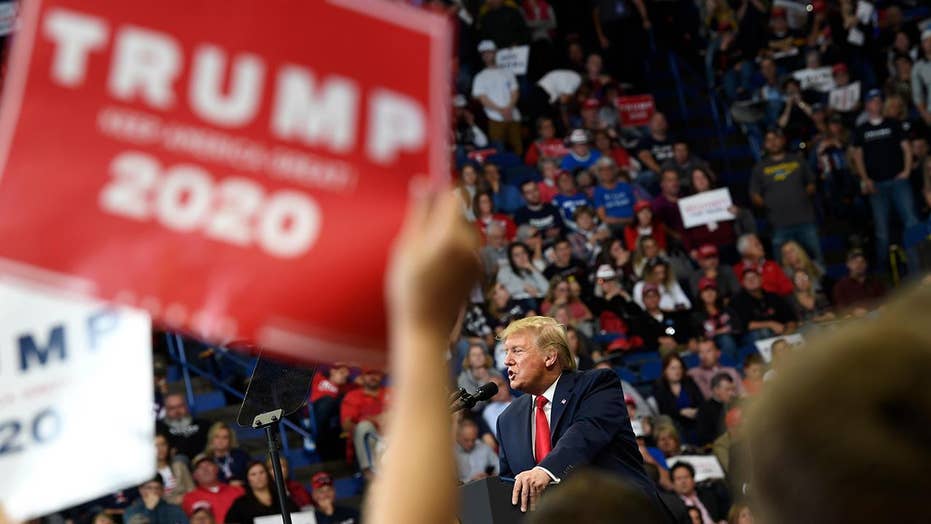 The valuable voter data amassed by presidential campaigns is typically kept secret, but President Trump’s campaign manager, Brad Parscale, is bucking the trend by tweeting out key data points collected after every rally.

“I don't think hiding gets you anywhere,” Parscale said during a recent interview with Fox News at Trump’s campaign headquarters in Arlington, Va. “You don't see the best NBA teams sitting there going, ‘I'm not going to tell you what our offense is.’ They don't care. They're just going to come beat you.”

“I think Democrats are freaked out,” Parscale said. “I think we're further ahead than anything that has ever existed.”

The Trump campaign has already spent more than $26 million in ads on Facebook and Google – more than the top four 2020 Democratic contenders combined. According to Parscale, the campaign has also already eclipsed the formidable voter database assembled by the Obama campaign for his reelection in 2012.

“The difference between his (Obama’s) first election and his reelection - he grew his list by about 55 percent,” Parscale said. “We're going to grow ours by about 300 percent, maybe 400 percent. We're already at 150 percent growth with our list size. In 2016, we were hoping to make 80 to 100 million voter contacts. In 2020, we want to make over 200 million voter contacts.”

The campaign grows its list primarily from data collected at Trump rallies across the country. In order to attend, people are required to give the campaign their phone number and email address, which the campaign crosschecks with the Republican National Committee’s massive database. Then, using artificial intelligence, the campaign can build models to find what it calls “lookalikes” – people who may be persuaded to vote for the president. 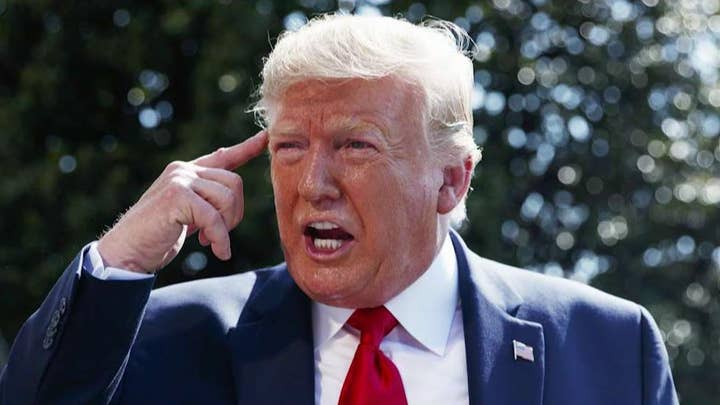 “I do think that the Republican Party with the Trump campaign, right now, is the most digitally sophisticated operation in history,” Parscale said.

The more rallies the campaign holds, the more data it collects. Parscale said he’d like to hold two or three rallies a day as it gets closer to Election Day, “if the Secret Service would let us.” Soon, the campaign hopes to collect even more sensitive data by letting rally-goers check-in with their cell phones.

“We can use it as a data mining opportunity,” Parscale said. “Turn every single one of our rally goers into a volunteer on-site for the rally. They can get out there and actually collect data. ‘Hey, who were your ten friends? Who were your hundred friends? Tell us what your friends like about Trump. Give us their phone numbers. That will give us an even greater opportunity to expand the spider web of data.”

Another way the Trump campaign is adding to its voter database is through the sale of merchandise on the campaign’s website. Every purchase is another email address added to the list – and Parscale says they’ve sold almost a million dollars in Trump-branded straws alone.

Parscale said the idea for selling straws came to him and his wife while they were sitting on an airplane:  “My straw broke and I was like, ‘This is why I hate frickin’ liberal policies.’ But the idea for the ‘Where’s Hunter’ shirts was all President Trump.”

Part of the campaign’s digital dominance stems from the speed in which it can tweak micro-targeted ads – some last for only two or three seconds – and turn out new products.

“We can get it concepted, produced, out the door, sold, advertised, and marketed all under two hours,” Parscale said.

The campaign employs similar speed after every rally. Parscale is pouring over all the data collected from rally-goers within hours of Trump walking off the stage. After Monday rally in Kentucky, Parscale was struck by one data point in particular: 28 percent of the rally-goers had only voted in one of the last four elections. He tweeted it instantly.

“I don’t think it’s any secret what we’re doing,” the campaign manager said. “I think it’s very important for the public to understand, and Trump supporters to understand, that we’re building something that’s going to change, not only the 2020 election to benefit the president, but change the future of the Republican Party.”