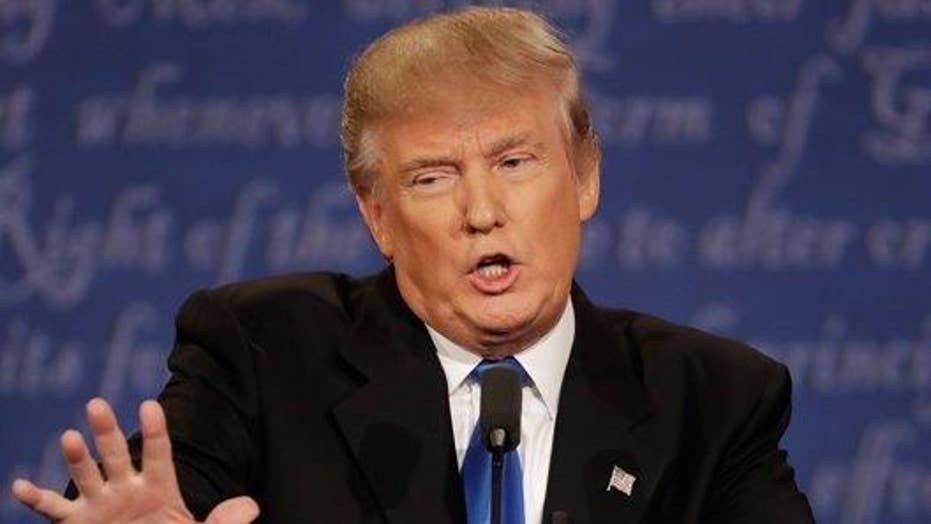 Was Trump 'presidential' enough during debate?

Earlier, Trump had tweeted that he had raised nearly $13 million in the previous 24 hours through online donations and “National Call Day,” a challenge for top fundraisers rewarded for pulling in at least $250,000.

Most polls have Trump and Democratic rival Hillary Clinton virtually tied, with less than six weeks before Election Day.

The announcement Tuesday -- the day after Trump and Clinton’s first debate -- was followed by a Trump campaign fundraising letter signed by Trump’s son and adviser, Eric Trump.

“I just learned that we’re only $1 MILLION away from raising a record amount of money in a 24-hour period,” reads the letter, which requests donations of $100 or less. “The press is reporting on it as we speak. But you and I both know that if we don’t break this record now, they’ll use that against us to boost Hillary.”

He also pointed out that both campaigns have just three days left before having to file their final, federal end-of-the-quarter fundraising report and that the second of their three debates is just 12 days away.