'Special Report' All-Stars on the fallout from the Helsinki summit.

President Trump claimed in a new interview he’s been “far tougher” on Russia than his predecessors and went so far as to call Barack Obama a “total patsy” for Moscow, as his administration tries to push past this week’s bipartisan criticism over the summit with Vladimir Putin.

While Trump and his aides have walked back certain statements from their controversial joint press conference Monday, the president also has doubled down on his Russia outreach, extending an invitation for the Russian president to visit Washington this fall.

But Trump, in the interview with CNBC, maintained he’s been “far tougher on Russia than any president in many, many years." In Trump’s trademark style of superlatives, he added, “Maybe ever.”

The president sought to contrast his record with his predecessor’s, noting Russia sanctions imposed on his watch, as well as the expulsion of dozens of Russian diplomats earlier this year.

"Obama was a patsy for Russia. He was a total patsy,” Trump said, in the interview which aired in full Friday. 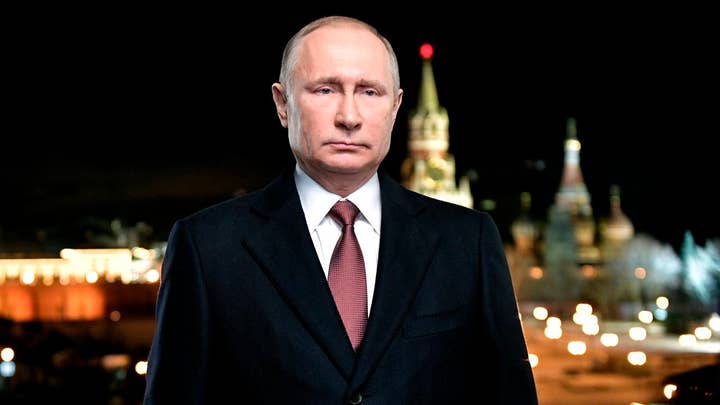 Obama did pursue sanctions against Russia and retaliated against Moscow at the end of his administration for 2016 election meddling, closing Russian diplomatic compounds and expelling diplomats.

But he has faced criticism – especially from Trump and his allies – for not doing more to counter Moscow’s interference in the American presidential election at the time. Trump specifically pointed to the “stupid statement” on a hot mic – a reference to Obama’s infamous comment to then-President Dmitri Medvedev that he’d have more flexibility on missile defense after the 2012 election.

Trump also told CNBC that if the outreach to Putin doesn’t bear fruit, “I’ll be the worst enemy he’s ever had.”

Trump’s Obama criticism and warning to Moscow mark his latest effort to strengthen his public posture against Russia after a joint press conference where he appeared to all but accept Putin’s claim that Russia did not meddle in the 2016 presidential election. Trump later said he misspoke.

Further, after Trump initially described as “incredible” a Putin offer to let Special Counsel Robert Mueller’s investigators question indicted Russians in exchange for Russian access to current and former American officials as well as Kremlin critic Bill Browder (an American-born British citizen), the White House said Thursday Trump “disagrees” with the offer. This came as the Senate unanimously supported a nonbinding resolution effectively ruling out such an arrangement.

But the president and his allies point to Trump’s actions against Russia, while arguing ongoing discussions could yield benefits on a range of issues from Syria to nuclear weapons to North Korea.

“In Helsinki, @POTUS agreed to ongoing working level dialogue between the two security council staffs. President Trump asked @Ambjohnbolton to invite President Putin to Washington in the fall and those discussions are already underway,” Sanders tweeted.

This prompted a new rebuke from Democrats.

“Until we know what happened at that two hour meeting in Helsinki, the president should have no more one-on-one interactions with Putin. In the United States, in Russia, or anywhere else,” Senate Minority Leader Chuck Schumer, D-N.Y., said in a statement.