President Trump on Tuesday lashed out at Rep. Maxine Waters as “one of the most corrupt people in politics” while arguing the outspoken liberal is becoming “the face” of the Democratic Party as the midterm elections heat up.

“Crazy Maxine Waters, said by some to be one of the most corrupt people in politics, is rapidly becoming, together with Nancy Pelosi, the FACE of the Democrat Party,” Trump tweeted. “Her ranting and raving, even referring to herself as a wounded animal, will make people flee the Democrats!”

Waters, D-Calif., who has repeatedly called for Trump’s impeachment, has not backed down from her comments calling for people to confront members of the Trump administration at gas stations and anywhere else they're seen in public.

“If you see anybody from that Cabinet in a restaurant, in a department store, at a gasoline station, you get out and you create a crowd and you push back on them and you tell them they’re not welcome anymore, anywhere,” Waters said last month, later telling MSNBC that protesters are “going to absolutely harass them.” 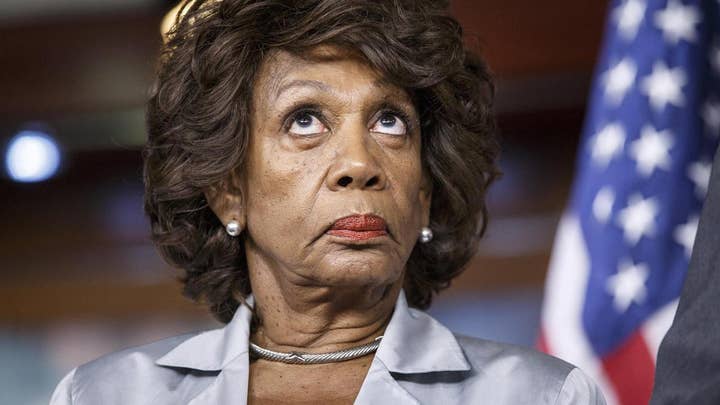 Waters made the comments amid the liberal backlash over the White House’s “zero-tolerance” immigration policy, as well as several recent incidents where Trump administration officials were confronted at or kicked out of restaurants in reaction to family separations at the border.

Waters on Sunday said she was "surprised" by criticism from Democratic leaders over her statement that people should "push back" against members of the Trump administration over its immigration policy.

"One of the things I recognize, being an elected official, is in the final analysis, leadership ... will do anything that they think is necessary to protect their leadership and so what I have to do is not focus on them," Waters told MSNBC.

House Democratic Leader Nancy Pelosi distanced herself from Waters' remarks after they were made public, while Senate Democratic Leader Chuck Schumer took to the Senate floor to say that harassment of political opponents was "not right" and "not American."

Waters claimed she was "surprised" that Schumer had criticized a member of the House of Representatives, saying that she had "not quite seen that done before."

Waters told MSNBC that she had received "several" death threats and that one person had been arrested in connection with those threats.