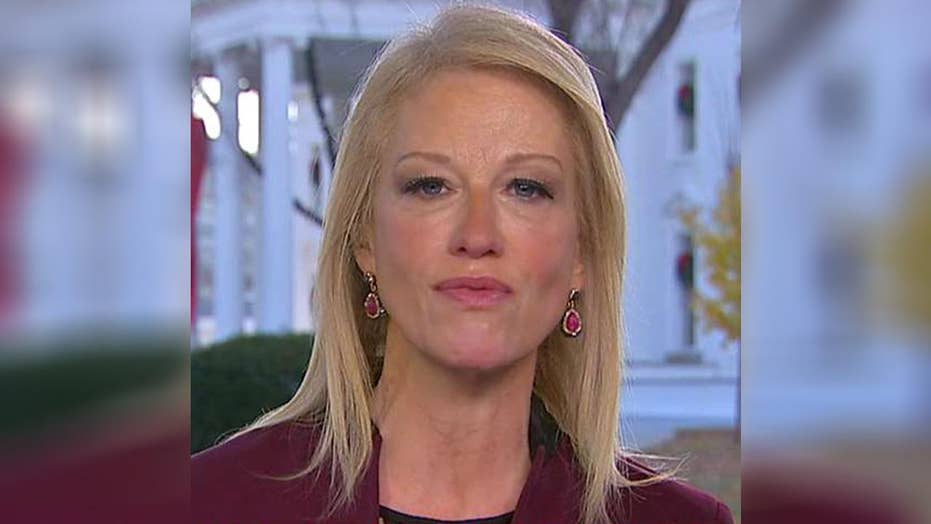 Senior counselor to President Trump on 'Fox & Friends': We will not stop until there's legislation on the books to prevent this in the future.

President Trump on Friday slammed the not guilty verdict in the Kate Steinle murder trial as a “travesty of justice,” blasting weak borders and calling to “BUILD THE WALL!”

Steinle, 32, was shot and killed while walking on a San Francisco pier with her father in 2015. A California jury acquitted Jose Ines Garcia Zarate of the serious charges in the case, including murder, involuntary manslaughter and assault with a deadly weapon. The defendant did not deny shooting her, but claimed it was an accident.

The jury only convicted him of being a felon in possession of a firearm.

“The Kate Steinle killer came back and back over the weakly protected Obama border, always committing crimes and being violent, and yet this info was not used in court. His exoneration is a complete travesty of justice. BUILD THE WALL!” Trump tweeted early Friday morning.

Garcia Zarate had been deported five times and was wanted for a sixth deportation when Steinle was fatally shot in the back during the heat of the presidential primaries. U.S. immigration officials said they would deport him again, though federal charges also are being considered.

Steinle’s murder launched a fierce national immigration debate, and was used by then-candidate Trump to push for a wall along the U.S.-Mexico border.

“From Day 1 this case was used as a means to foment hate, to foment division and to foment a program of mass deportation. It was used to catapult a presidency along that philosophy of hate of others,” defense attorney Francisco Ugarte said after the verdict. “I believe today is a day of vindication for the rest of immigrants.”

But Trump suggested early Friday that the jury could not have had all of the proper information to make their decision. He also took a swipe at Democrats for their “weak” position on crime and borders.

“The jury was not told the killer of Kate was a 7 time felon. The Schumer/ Pelosi Democrats are so weak on Crime that they will pay a big price in the 2018 and 2020 Elections,” Trump tweeted.

Prior to the shooting, Garcia Zarate finished a federal prison sentence for illegal re-entry to the U.S. and had been transferred to San Francisco’s jail in March 2015 to face a 20-year-charge for selling marijuana.

Jurors found Garcia Zarate guilty of being a felon in possession of a firearm, meaning he knowingly had a firearm but there was no intent for him to hurt or shoot anyone. Public Defender Jeff Adachi said the count carries a potential sentence of 16 months to three years behind bars.