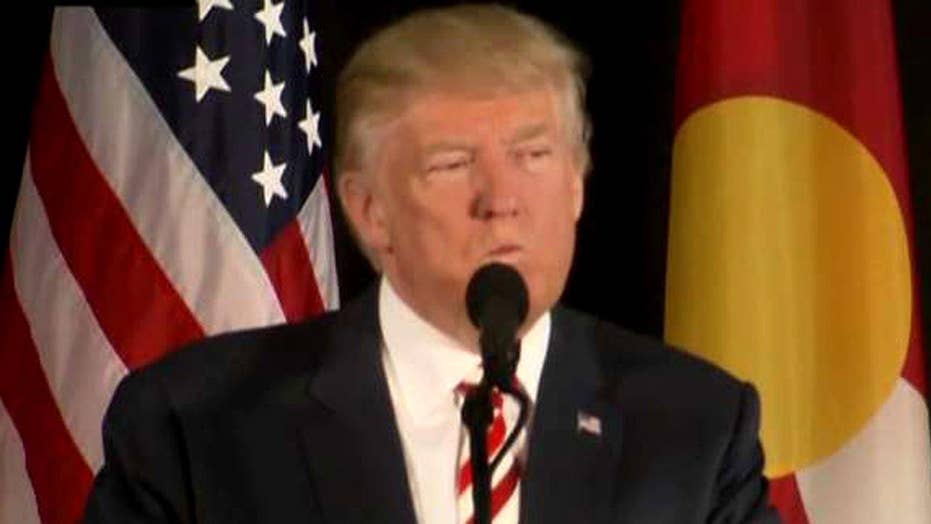 Under Trump's proposal, members of the House of Representatives would serve a maximum of six years, while Senators would be limited to 12 years in office.

“Decades of special interests, decades of failure must come to an end,” said Trump, who vowed, if elected, to try to impose the term limits through a constitutional amendment.

In announcing the proposal at a rally in Colorado, Trump also called for five other “major” changes.

He wants to re-institute a ban to prevent Executive Branch officials from lobbying the government for five years after they leave government service and to ensure the ban cannot be lifted by executive order.

Trump also wants Congress to institute its own five-year lobby ban for members and their staff.

And he wants to close “loopholes” that he says allow former congressional and Executive Branch officials to lobby while calling themselves consultants and advisers.

“We all know they are lobbyists,” Trump told the crowd.

Trump is also calling for a lifetime ban on senior Executive Branch officials lobbying on behalf of a foreign government and for Congress to pass campaign-finance reform to keep registered foreign lobbyists from raising money in U.S. elections.

“In 21 days … we are going to end the government corruption and drain the swamp in Washington, D.C.,” Trump repeated.