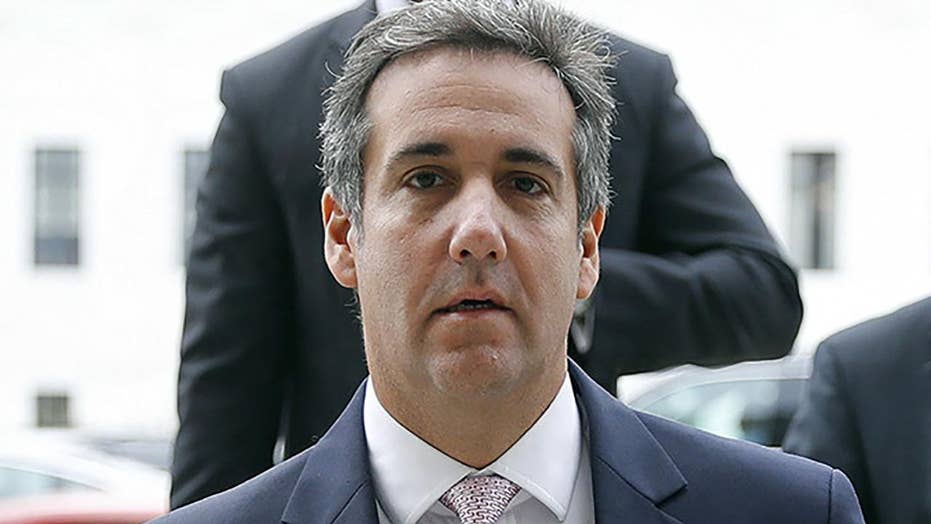 Donald Trump's former lawyer Michael Cohen secretly recorded a conversation with then-candidate Trump two months before the presidential election in which they discussed payments, which were never made, to a former Playboy model.

President Trump on Saturday described former lawyer Michael Cohen’s taping of a private conversation between them as “totally unheard of & perhaps illegal,” but he reassured supporters that he has done nothing wrong.

Trump did not mention Cohen by name but appeared to be responding to reports that Cohen recorded a conversation with him in September 2016 in which they discussed possible payments to former Playboy model Karen McDougal -- who claimed she had an affair with Trump in 2006.

The New York Times first reported that the FBI seized the recording during the raid earlier this year on Cohen’s office as part of an investigation into the former Trump lawyer's payments to women to shut down stories about his client leading up to the 2016 election -- a practice known as “catch-and-kill.” Fox News has confirmed the details of the tape.

On Saturday, Trump appeared to slam both the FBI raid and Cohen’s behavior as “inconceivable.”

But, possibly in reference to questions about whether he had violated any campaign finance laws, Trump added that “your favorite President did nothing wrong!”

Trump lawyer Rudy Giuliani had expressed a similar sentiment when he told the Times that while there was a discussion, the payment was never made and the tape showed that Trump had done nothing wrong.

“Nothing in that conversation suggests that he had any knowledge of it in advance,” Giuliani told The Times. He also said that Trump told Cohen that any payment should be by check, not cash, so it could be documented properly.

“In the big scheme of things, it’s powerful exculpatory evidence,” he said.

The Wall Street Journal reported in November 2016 that McDougal was paid $150,000 by American Media Inc. -- the parent company to the National Enquirer -- for the rights to the story, but it never ran.

The FBI is also investigating Cohen’s payment of $130,000 to adult film star Stormy Daniels in the weeks leading up to the election in exchange for silence about an alleged one-time encounter with Trump. Trump has denied any affair with either Daniels or McDougal.