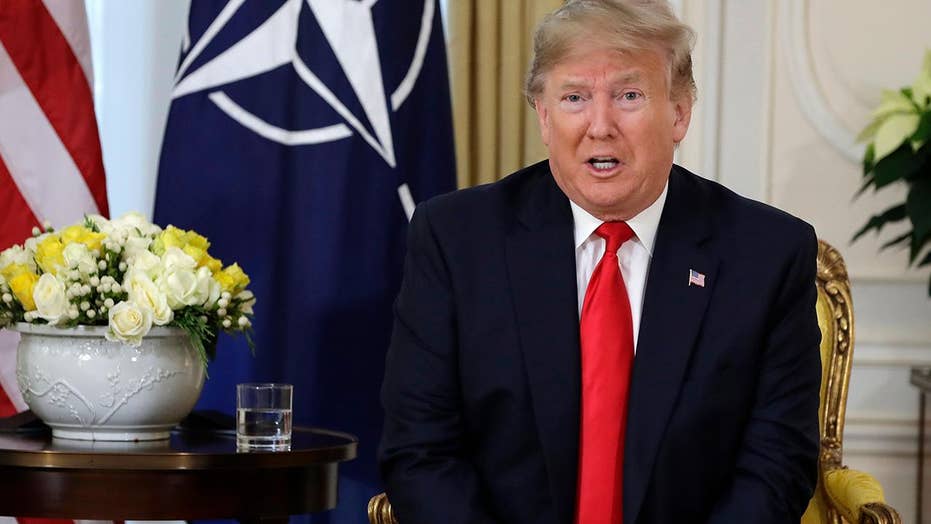 President Trump: NATO needs to change as the world changes

Vice President for foreign policy at the Heritage Foundation James Carafano weighs in.

President Trump on Tuesday gave British Prime Minister Boris Johnson a boost in his party's fight for re-election, shooting down a claim by the left-wing Labour Party that the country’s National Health Service (NHS) would be “sold off” to American companies as part of a post-Brexit trade deal.

"If you handed [the NHS] to us on a silver platter, we want nothing to do with it," Trump said.

Trump’s remarks came on the first day of his trip to the U.K. for a NATO summit, but he stepped into a hyper-political environment as the U.K. gears up for a vital general election on Dec. 12.

The key issue of the election is Brexit, with Johnson asking U.K. voters to break the parliamentary stalemate by handing his Conservative Party a majority it currently lacks. Such a majority would allow him to get his Brexit deal passed, finally pulling Britain out of the E.U. more than three years after the country elected to leave the bloc.

While polls show Johnson’s Conservative Party in the lead, it is far from clear how that lead will translate into seats in the House of Commons. And Labour leader Jeremy Corbyn has been seeking to stoke both anti-American and anti-Trump sentiment in his party and beyond by claiming that, under Johnson, the NHS would be “for sale.” Labour claims that negotiations for a deal could include aspects like extended patents and increased market access to benefit American companies and make U.K. drug prices more affordable.

To make that point, Labour released a lengthy dossier of leaked documents to show that in trade discussions, the NHS has been mentioned -- although it is far from clear that those references mean that the service is “for sale.” The Conservative Party dismissed the documents as a conspiracy theory. 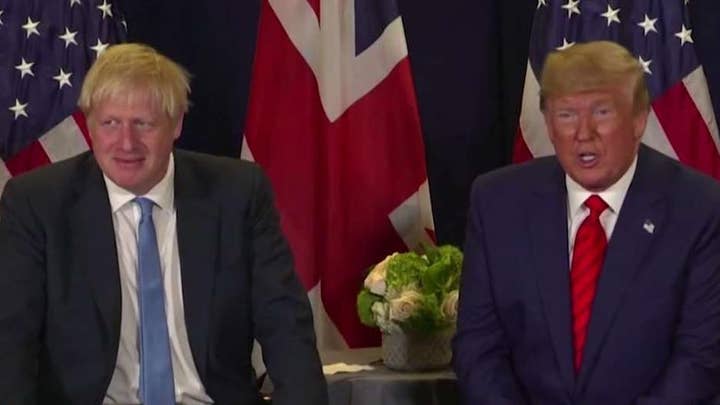 But Labour has also pointed to a remark Trump made over the summer when he was asked a similar question and gave a broader response.

“Look I think everything with a trade deal is on the table,” he said alongside then-Prime Minister Theresa May.

Labour Party MPs tried to downplay the shift from Trump. MP Andy McDonald told the BBC he would be “delighted” if Trump’s comments were true, but then expressed doubt about how true they were.

“Oh, I’ve got trouble believing Donald Trump. I think he’s a man who has demonstrated that he’s not trustworthy,” McDonald said.

But Tories seized on the comments as proof that their opponents were making up the charge, with Health Secretary Matt Hancock tweeting: “That’s settled then.”

Trump, who was attending a dinner at Buckingham Palace on Tuesday evening, said earlier in the day that he was staying on the sidelines for the election.

“I’ll stay out of the election,” Trump told reporters before adding, “I think Boris is very capable and I think he’ll do a good job.”