President Trump lashed out at American immigration laws during a dinner with Republican governors Monday night, saying that the statutes were "the worst anywhere in the world as far as stopping people from coming in."

Trump said that the only reason immigrants enter the U.S. unlawfully is because of "our weak laws that have been given to us by weak people in Congress.

"The Democrats have been horrible on border security," Trump said, "and many of them are standing there and sitting there and agreeing with me 100 percent." 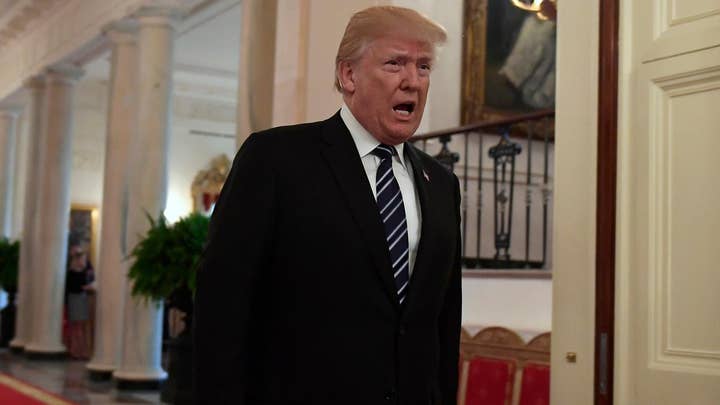 The president also called for an end to what he described as "disgraceful practice" of so-called catch-and-release policies, under which federal immigration officers release those detained for being in the U.S. illegally pending legal proceedings.

"What happens is they get lost in our country and in some cases, these are not people that you want in the country," Trump said. "We have to end it."