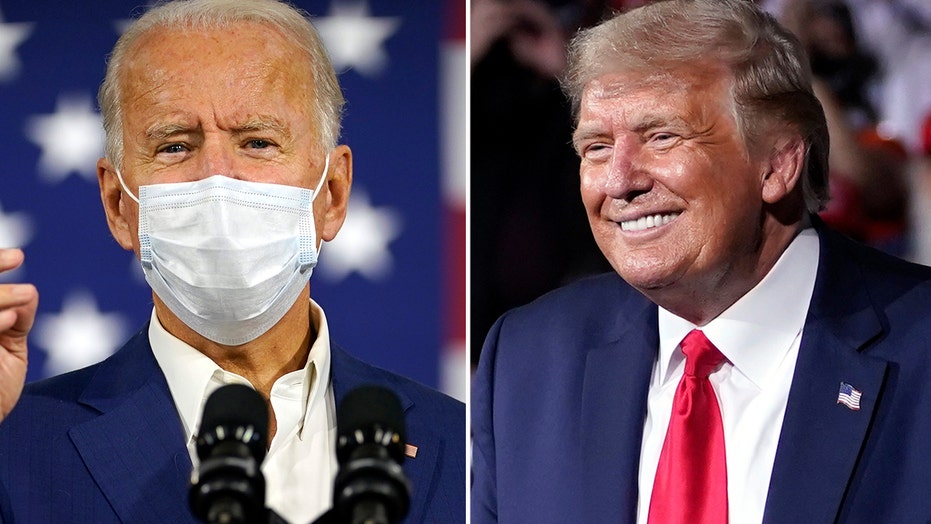 Which candidate has a better chance of swaying undecided voters weeks before the election?

With Election Day less than 40 days away, President Trump and Democratic presidential nominee Joe Biden have entered the final leg of the 2020 campaign.

Here's where the candidates will be traveling­­ and how they'll be spending their time on Monday, Sept. 28, 2020, just one day before they're slated to face off in the first presidential debate in Ohio.

Trump is scheduled to deliver an update on the nation's coronavirus testing strategy on Monday afternoon from the White House's Rose Garden.

The former vice president has no public events scheduled on Monday, but has dispatched his wife Jill Biden to travel to two Wisconsin cities to speak with voters about the candidate's proposal to help the nation's economy recover from the coronavirus pandemic.

Jill Biden will also discuss how voters can cast their ballots this year whether it's in-person or by mail, according to the Biden campaign.

The vice president has no public events scheduled on Monday.

The California senator is visiting Raleigh, N.C., on Monday to speak about Trump's nomination of Amy Coney Barrett to the Supreme Court.

Harris will participate in a "Sister to Sister meets Shop Talk" roundtable to hear from Black Americans.