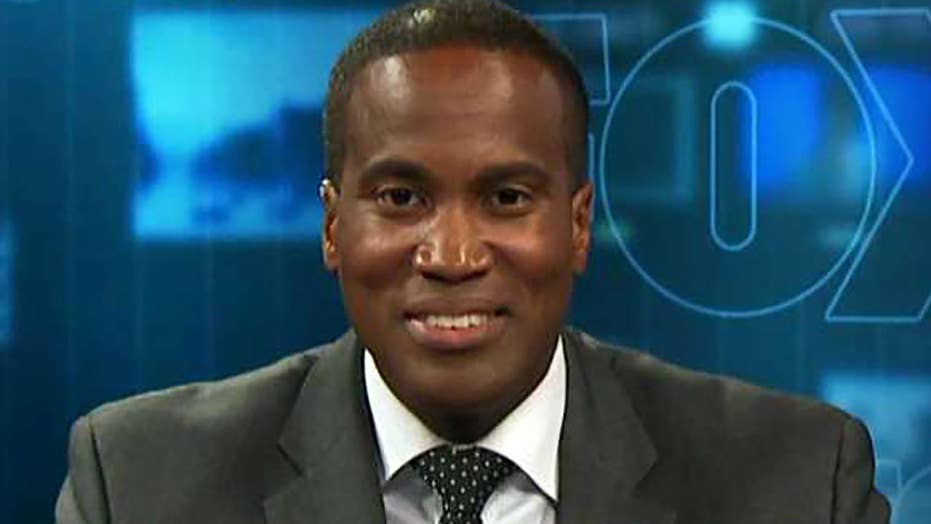 How does Trump fair among Republican Senate candidates? Michigan candidate John James weighs in on 'The Ingraham Angle.'

Trump, who narrowly defeated Hillary Clinton in Michigan in 2016, tweeted that James — a political newcomer — is "SPECTACULAR. Rarely have I seen a candidate with such great potential." He added that James is "strong on crime and borders, loves our Military, our Vets and our Second Amendment. He will be a star."

Trump's endorsement gave a big boost to James 10 days before the primary.

"I want to help the president create more economic opportunity, secure our borders and strengthen our national security. From the battlefield to the boardroom, I have the experience to get the job done for Michigan," James said in a statement.

Both candidates have said they support Trump and have defended his trade and tariff policies, which Detroit-based automakers and other businesses say are hurting them.

James and a super PAC backing him have run TV ads criticizing Pensler for not liking Trump's "style" and saying that he cannot speak at a "fourth-grade level" like Trump. Pensler has said the remarks were taken "completely" out of context and he was defending the president by complimenting his simple, succinct communication skills.