Kurtz: Inside the leakiest White House in history

'MediaBuzz' host Howard Kurtz weighs in on how White House leakers are attempting to undermine the Trump presidency.

Kellyanne Conway says some people in and around the White House "are using the media to shiv each other"—and that she expects some folks to be fired.

President Trump escalated his rhetoric by tweeting: "The so-called leaks coming out of the White House are a massive over exaggeration put out by the Fake News Media in order to make us look as bad as possible. With that being said, leakers are traitors and cowards, and we will find out who they are!"

Publicly, at least, the leakiest White House in modern history is now admitting that leaks from within are a major and corrosive problem.

The president's position has long been that fake news is to blame, that the anonymous sources constantly quoted by media outlets often don't exist. We see this in the "massive over-exaggeration" part of the tweet.

But if the leakers are "traitors and cowards," then they quite clearly exist, and are quite clearly a big problem for the administration.

In her interview with Fox's Martha MacCallum, Conway said that "there are all kinds of leaks. Some leaks exist to hurt, I guess, colleagues. Some leaks exist because they disagree with the policies that are being put forth. But none of them are helpful." 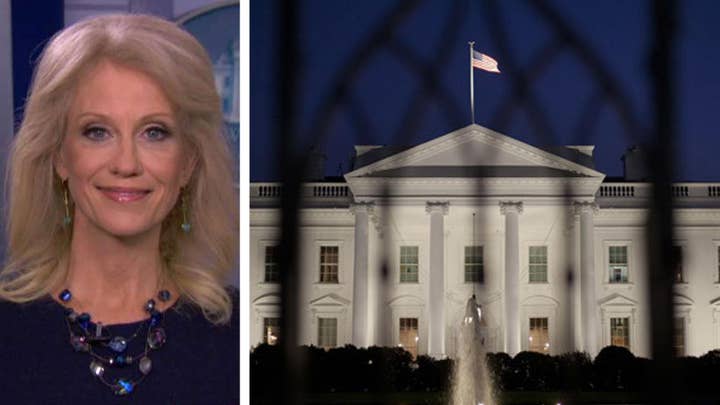 I would exempt from this category what I call authorized leaks—those in which a top White House official approves giving one news outlet a scooplet in advance or an argument to counter a negative story.

But so much of what flows from this White House are leaks of a self-destructive nature. This is a theme of my book "Media Madness," in which Steve Bannon and Jared and Ivanka and Reince Priebus and others are constantly pointing fingers about who's whispering what to journalists. Anthony Scaramucci was going to crack down on leakers but didn't last long.

From the beginning, Trump couldn't even call foreign leaders without having the conversations, and sometimes the transcripts, show up in the press.

Things reached the point that when Sean Spicer demanded everyone on his staff turn in their cell phones for checking, that meeting was immediately leaked.

The same thing happened to his successor, Sarah Sanders, who held a meeting after that leak about an aide's jibe at a "dying" John McCain (which the administration has somehow turned into a six-day story, fueled by media outrage). Sanders said it was "disgusting" that her meeting would be leaked—and it very quickly was.

And while John Kelly stemmed the tide when he took over as chief of staff, there has been a torrent of leaks against him since he began losing influence.

Officials leak for many reasons: Settling personal scores. Pushing policy agendas. Trying to kill a proposed announcement. Deflecting blame for some fiasco. Or just because it makes them feel important.

But it's amazing when aides and advisers make the president look angry, detached, uninformed or unqualified, without having their names attached. No wonder he's attacking them as cowards.

Journalists are a tad conflicted on this subject. I like when people share information and insights on background or off the record, because it helps me do my job. As a longtime investigative reporter, I often relied on unnamed sources. But most of the leaks in question here involve political spitballing.

At the same time, any honest assessment would acknowledge that many of these White House leaks are designed to hurt rivals and undercut the boss, with ample help from the press.