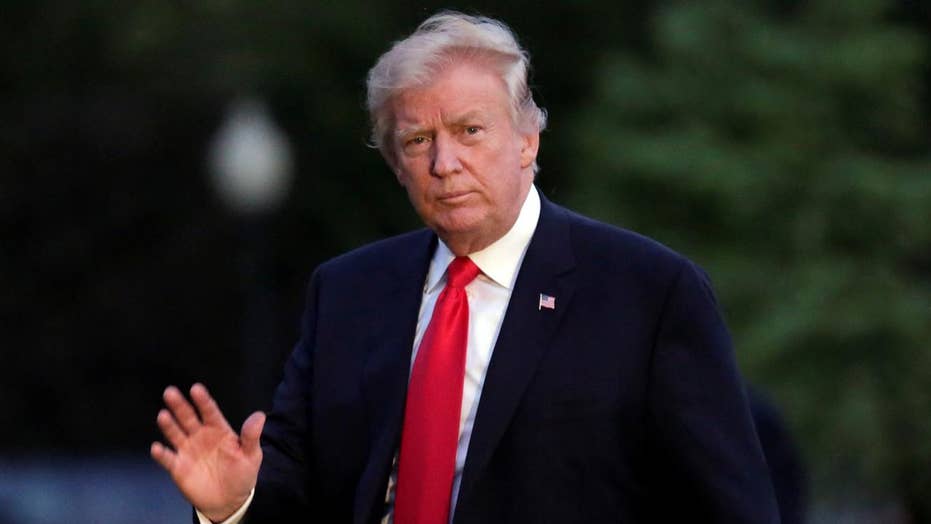 President Trump tweeted Sunday evening that a proposed "Cyber Security unit" operated by the U.S. and Russia "can't happen," an apparent reaction to criticism of the idea by Democrats and Republicans.

Trump announced in a Twitter post Sunday morning that he had discussed the idea with Russian President Vladimir Putin during their meeting on the sidelines of the G-20 summit in Hamburg, Germany. He said that the U.S. and Russia would work together to ensure that "election hacking, & many other negative things, will be guarded."

The U.S. intelligence community has concluded that Russia attempted to interfere in the 2016 election campaign. Russian state actors have been linked to Wikileaks, which published stolen emails belonging to the Democratic National Committee and Hillary Clinton campaign chairman John Podesta.

The cybersecurity unit drew widespread ridicule from lawmakers, including two of Trump's rivals for the Republican nomination last year.

"It's not the dumbest idea I've ever heard, but it's pretty close," Sen. Lindsey Graham, R-S.C., told NBC's "Meet The Press."

Graham also said that Trump has "a blind spot" when it comes to Russia, "and to forgive and forget when it comes to Putin regarding cyberattacks is to empower Putin and that's exactly what he's doing."

Sen. Marco Rubio, R-Fla., compared the idea on Twitter to "partnering with Assad on a `Chemical Weapons Unit,"' a reference to Syrian President Bashar Assad and his regime's use of chemical weapons against its own citizens.

Former Defense Secretary Ash Carter said the move was "like the guy who robbed your house proposing a working group on burglary."

And Rep. Adam Schiff, D-Calif., the ranking member of the House intelligence committee, told CNN's "State of the Union" that expecting Russia to be a credible partner in any cybersecurity initiative "would be dangerously naive for this country."

"If that's our best election defense, we might as well just mail our ballot boxes to Moscow," he said.

However, U.S. Ambassador to the United Nations Nikki Haley stood up for the initiative, arguing that working with Russia on cybersecurity "doesn't mean we ever trust Russia. We can't trust Russia and we won't ever trust Russia. But you keep those that you don't trust closer so that you can always keep an eye on `em and keep them in check."

"What we want to make sure is that we coordinate with Russia, that we're focused on cybersecurity together, that we make sure that they never interfere in any democratic elections or conduct any cyber security," Mnuchin said. "I think is a very significant accomplishment for President Trump."

There was no immediate comment from the White House or lawmakers Sunday on Trump's apparent about-face.