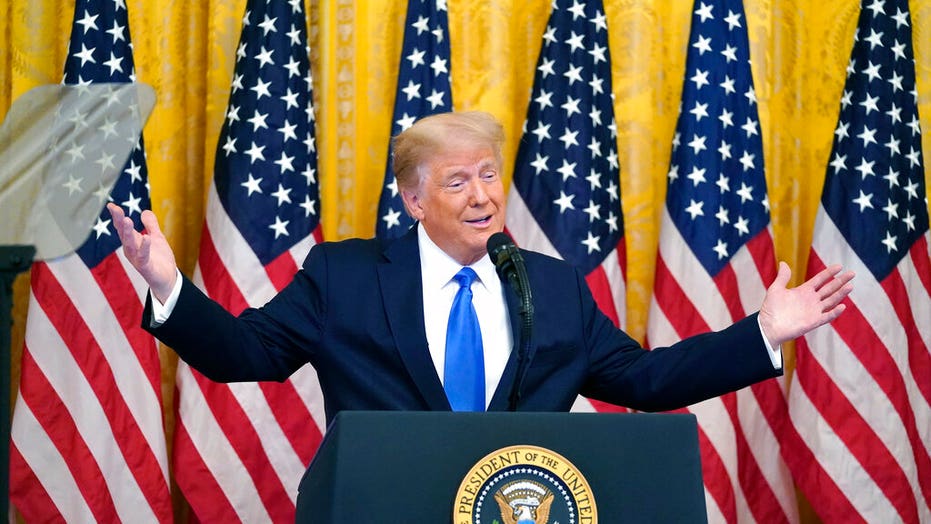 The Treasury Department announced regulatory changes under the new rules that restrict importing Cuba-origin alcohol and tobacco products and prevent travelers from attending or organizing certain professional meetings or conferences in Cuba, as well as public performances, clinics, workshops, competitions, and other exhibitions in the country.

Trump also applied new sanctions against Cuba, Venezuela, and Nicaragua as part of an ongoing crackdown against communism.

The announcement was made during the president's address honoring Bay of Pigs veterans who survived a failed attempt nearly 60 years ago to topple the communist government of the late Fidel Castro in Cuba.

The Bay of Pigs Veterans Association endorsed Trump's presidency in 2016 and Trump thanked the group for officially endorsing him again for his bid of a second term in office.

"The Obama-Biden administration made a weak, pathetic, one-sided deal with the Castro dictatorship that betrayed the Cuban people and enriched the communist regime. I canceled the Obama-Biden sellout to the Castro regime," Trump said during Wednesday's remarks from the White House's East Room.

President Donald Trump speaks during an event to honor Bay of Pigs veterans, in the East Room of the White House, Wednesday, Sept. 23, 2020, in Washington. (AP Photo/Evan Vucci)

In 2017, Trump abandoned attempts at diplomacy with Cuba brokered under former President Barack Obama and reimposed economic sanctions on the island nation, as well as travel restrictions that had been relaxed under the previous administration.

Trump's newest sanctions threaten to further cripple Cuba's tourism industry already caving in the wake of the global coronavirus pandemic. Cuba's government owns all of the hotels on the island.

“This is a desperate and hypocritical attempt by Trump to pander to Cuban-American voters in Florida. American citizens are already banned from traveling to Cuba because of the coronavirus, and Trump has privately sought to do business with the country for years and ignored the embargo," DNC spokesperson Enrique Gutierrez said in a statement to Fox News.

"He’s filed trademarks with the Cuban government to make money on golf courses, hotels, and more — but now that he’s lagging in the polls, he’s just using our foreign policy for his own political gain,” Gutierrez said.

During his brief remarks that also touched on honoring Hispanic Heritage Month, Trump alluded to parallels between ongoing Black Lives Matter and social justice protests in the U.S. and communist tyranny in Cuba.

"The courageous veterans here today bear witness to how socialism, radical mobs, and violent communists, ruin a nation. Now, the Democrat Party is unleashing socialist mobs on America," Trump said. "Today, we proclaim that America will never be a socialist country."

The president lambasted the media, saying they are "being used like fools" and proclaimed "we didn't fight tyranny abroad only to let Marxists destroy our country."