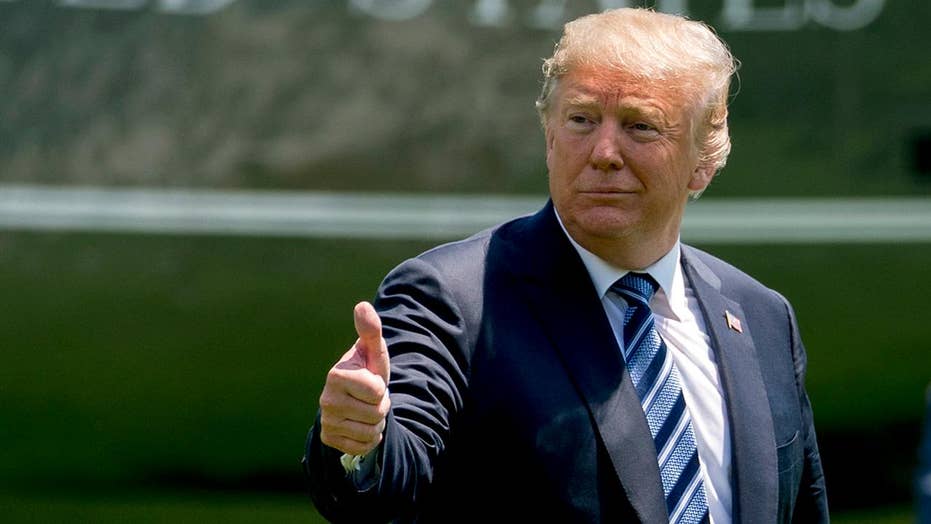 President Trump warned Tuesday that Special Counsel Robert Mueller and the “13 Angry Democrats” on his team “will be MEDDLING” in the midterms by pursuing their Russia probe so close to the election.

The special counsel reportedly is expected to lie low going into the midterms if the probe has not wrapped up by that point, so as not to be seen as swaying voters.

But in a Tuesday morning tweetstorm, the president effectively argued that the probe is already threatening to interfere in the vote -- and questioned again why the team is not investigating “totally Crooked Hillary Clinton” and Democrats.

“The 13 Angry Democrats (plus people who worked 8 years for Obama) working on the rigged Russia Witch Hunt, will be MEDDLING with the mid-term elections, especially now that Republicans (stay tough!) are taking the lead in Polls. There was no Collusion, except by the Democrats!” Trump tweeted early Tuesday, hitting the team with the same accusation leveled at the Russians in the 2016 race.

Minutes later, he added: “Why aren’t the 13 Angry and heavily conflicted Democrats investigating the totally Crooked Campaign of totally Crooked Hillary Clinton. It’s a Rigged Witch Hunt, that’s why! Ask them if they enjoyed her after election celebration!”

The president was referring to the 13 investigators -- of the 17 total members on Mueller’s team -- who have registered as Democrats. At least nine have donated to Democratic candidates and causes. Mueller, though, is said to be a lifelong Republican and served as FBI director under former Republican President George W. Bush.

One of the registered Democrats on the team, Andrew Weissmann, reportedly attended Hillary Clinton’s election-night party at the Javits Center in New York City.

The president has repeatedly blasted Mueller’s investigation as a “witch hunt,” and has vowed all along that there was “no collusion” between his campaign and Russia during the 2016 presidential election -- a central focus of the probe.

He and his legal team have ramped up criticism of the probe in recent weeks, with Trump now casting it as a distraction from big issues like pending diplomatic talks with North Korea.

“Sorry, I’ve got to start focusing my energy on North Korea Nuclear, bad Trade Deals, VA Choice, the Economy, rebuilding the Military, and so much more, and not on the Rigged Russia Witch Hunt that should be investigating Clinton/Russia/FBI/Justice/Obama/Comey/Lynch etc.,” Trump tweeted Tuesday morning.

The president has been emboldened by revelations that an FBI informant was communicating with members of the Trump campaign. The issue is now being examined by the Justice Department inspector general. 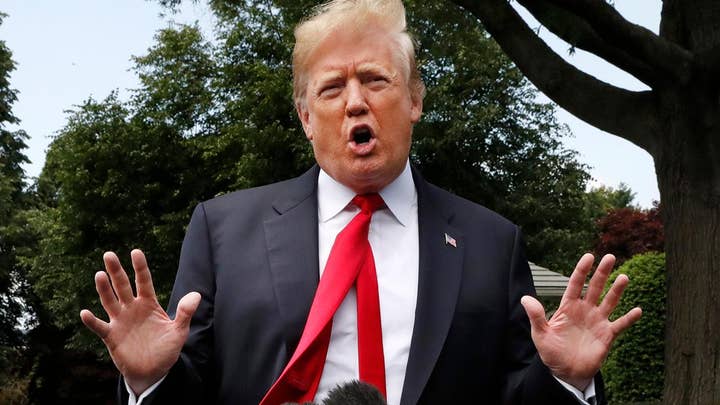 And after a high-level briefing last week with lawmakers, Democrats maintained they had seen no evidence "to support any allegation that the FBI or any intelligence agency placed a ‘spy’ in the Trump Campaign."

But the president has dubbed the controversy “SPYGATE,” following revelations that the informant had communicated with at least three members of the campaign—George Papadopoulos, Carter Page, and Sam Clovis.