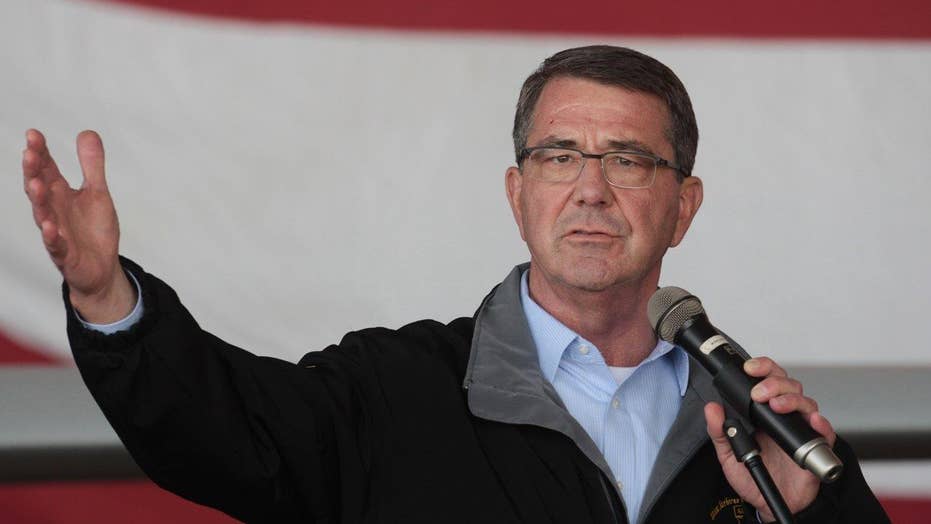 Carter: Nothing classified was sent through personal email

The head of the House Armed Services Committee called Thursday for an inspector general review of Defense Secretary Ash Carter’s use of personal email at the Pentagon, a practice revealed overnight and which Carter has called a mistake.

Carter's use of the personal account was first reported by The New York Times, which said he had been confronted about his email habits by White House Chief of Staff Denis McDonough this past May, three months after Carter took office as defense secretary.

“I believe that it would be appropriate for him to ask for the DOD Inspector General's assessment that no classified material was transmitted over unsecured channels,” he said. “It would be prudent for this assessment to extend to Secretary Carter's time as Deputy Secretary of Defense as well.  Congress should be briefed on the results."

Carter, speaking with reporters during a visit to Iraq, acknowledged he was warned by a lot of people and called the practice a mistake.

“Entirely on me,” he said, adding he should have known better. He said he occasionally used his iPhone to send messages to immediate staff, but stressed no classified information was involved.

At the White House, Press Secretary Josh Earnest said President Obama agrees with Carter that the move was a mistake.

He said the consequences at this point do not appear significant but the Defense Department has indicated it would cooperate with congressional oversight efforts. Earnest also expressed some surprise that, given the furor over Hillary Clinton’s personal email use, another Cabinet secretary would make this error.

“I observed [in past conversations] that surely given the attention to Secretary Clinton's email habits, that no one would make the same mistake. But as Secretary Carter himself admitted, he did make that same mistake,” Earnest said. “… But to his credit, he owned up to it and he took full responsibility for it.”

Pentagon spokesman Peter Cook also released a statement on the matter, but declined to say whether it was a violation of Pentagon email policies. Cook also said Carter stopped the practice, but Cook did not say when.

The Times reported that Carter was assigned a government email account when he assumed his office in February, but continued to conduct most of his business on his private account, often sending messages via his iPhone or iPad. According to the paper, a former aide to Carter said that his boss used his personal account so often during that period that staffers feared he would be hacked.

Pentagon policy since 2012 has been to bar all employees from conducting government business on personal email. Last year, a law signed by President Obama barred federal officials from receiving or sending emails from personal accounts unless the messages were either copied or forwarded into government accounts within 20 days. It was not immediately clear whether Carter followed that directive.

The Times report comes in the midst of an FBI investigation into whether Clinton mishandled classified information by using a private account for all her emails while secretary of state. According to the Times, Carter continued to use his personal email at least two months after Clinton's practices were revealed in March.

The Times said the emails it received under the Freedom of Information Act were exchanges between Carter and Eric Fanning, who was his chief of staff at the time and is now the acting secretary of the Army.

The emails were on a variety of work-related topics, the Times said, including speeches, meetings and news media appearances. In one such email, Carter discussed how he had mistakenly placed a note card in a "burn bag," the Times reported. Such bags are typically used to destroy classified documents.

Cook said Carter "does not use his personal email or official email for classified material. The Secretary has a secure communications team that handles his classified information and provides it to him as necessary."

Carter "takes his responsibilities with regard to classified material very seriously," Cook said.