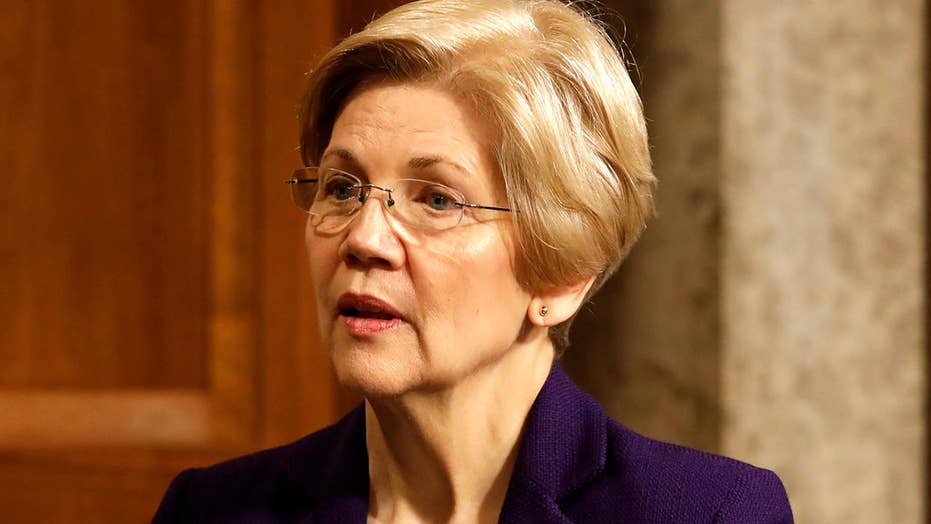 Should Sen. Elizabeth Warren point her finger at voters?

Top elected Democrats are taking their opposition to the ObamaCare overhaul plan passed by House Republican to the extreme -- arguing Americans will “die” as a result of the changes.

“Families will go bankrupt. People will die,” Massachusetts Democratic Sen. Elizabeth Warren tweeted on Thursday after the House passed the measure and moved the issue to the Senate, which Republicans also control.

Democrats argue the House GOP changes will in fact make the problematic 2010 health care law worse -- specifically by creating higher costs for customers with preexisting medical conditions and with cuts to Medicaid expansion, resulting in tens of millions of people no longer being able to afford insurance.

This isn’t football. It’s not about scoring points. #AHCA will devastate Americans’ healthcare. Families will go bankrupt. People will die.

House Majority Whip Steve Scalise, R-La., told “Fox & Friends” on Saturday that those with preexisting conditions won’t lose their coverage or have to pay more.

“Whatever health care plan you have today, If you have a preexisting condition, you can never be denied coverage,” he said. “And you can never be charged a dime more, not any more than anybody else in that plan. That’s maintained and cannot be waivered by a state."

No House Democrat voted in favor of the measure, which President Trump supports.

Rep. David Cicilline, D-R.I., argued Thursday on the House floor before the vote that “tens of thousands of Americans will die if this bill passes."

Meanwhile, Virginia Gov. Terry McAuliffe, a former Democratic National Committee chairman who like Warren is considered a top 2016 presidential hopeful, told CNN: "People will die if this becomes the law of the land."