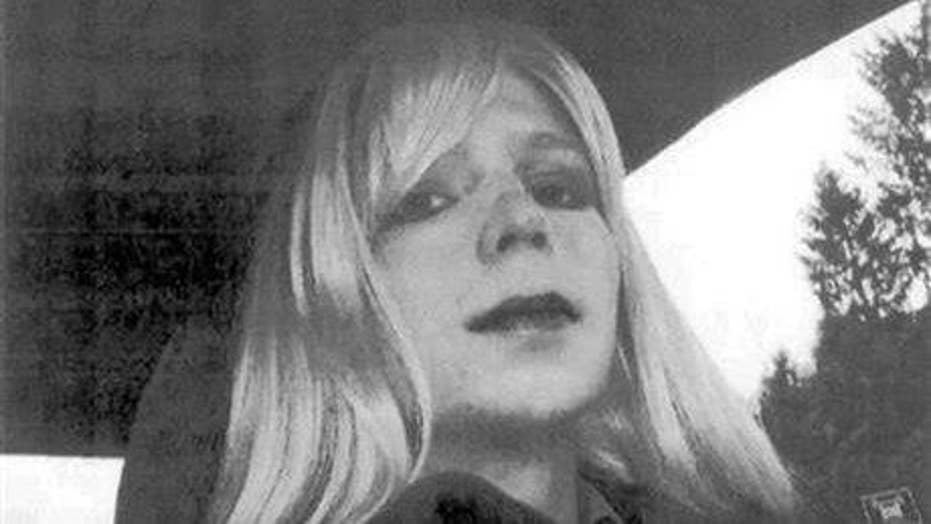 The former Army intelligence analyst convicted of releasing classified military and national security information will be released on May 17th; Kevin Corke has the details for 'Special Report'

“Chelsea Manning’s treachery put American lives at risk and exposed some of our nation’s most sensitive secrets. President Obama now leaves in place a dangerous precedent that those who compromise our national security won’t be held accountable for their crimes,” Ryan said in a statement.

"It is a sad, yet perhaps fitting commentary on President Obama’s failed national security policies that he would commute the sentence of an individual that endangered the lives of American troops, diplomats, and intelligence sources by leaking hundreds of thousands of sensitive government documents to Wikileaks, a virulently anti-American organization that was a tool of Russia’s recent interference in our elections."

Sen. Marco Rubio, R-Fla, went on further to echo the statements of Ryan and McCain.

“It is shameful that President Obama is siding with lawbreakers and the ACLU against the men and women who work every day to defend our nation and safeguard U.S. government secrets.”

Senate Majority Whip John Cornyn, R-Texas, told Fox News that while pardons are a Constitutional tool in the president's repertoire, Obama is "undermining our ability on criminal justice reform by granting clemency at an alarming rate."

According to ABC News, Defense Secretary Ash Carter was one of the U.S. officials who were also opposed to the White House’s decision to commute Manning’s sentence.

Manning is more than six years into a 35-year sentence at the military prison at Fort Leavenworth, Kansas for leaking classified government and military documents to the anti-secrecy website WikiLeaks. Her sentence is now set to expire May 17.

Manning was known as Bradley Manning at the time of her 2010 arrest, but revealed after being convicted of espionage that she identifies as a woman.

Manning accepted responsibility for leaking the material to WikiLeaks to raise public awareness about the effects of war on civilians, and has said she was confronting gender dysphoria at the time of the leaks while deployed in Iraq.

She attempted suicide twice last year, according to her lawyers, citing her treatment at Leavenworth.

WILL WIKILEAKS’ JULIAN ASSANGE MAKE GOOD ON HIS OFFER TO TURN HIMSELF IN AFTER MANNING CLEMENCY?

The U.S. Army declined to comment on the announcement when asked by The Associated Press.

WikiLeaks said earlier this week that Assange would accept extradition to the U.S. if Obama granted clemency to Manning.

Commutations reduce sentences being served but don't erase convictions. Pardons generally restore civil rights, such as voting, often after a sentence has been served.