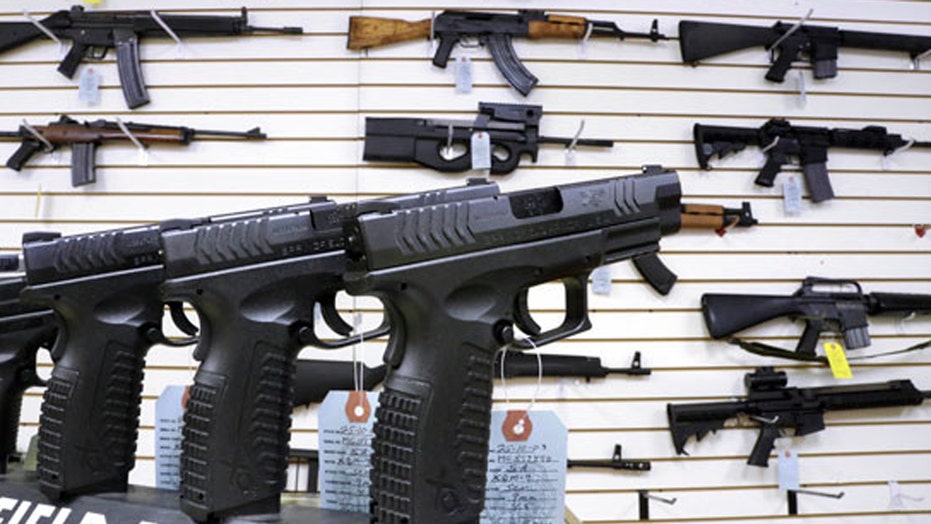 Gun control advocates are launching a new regulatory push in California to impose first-in-the-nation instant background checks for ammunition sales, a move that comes as gun violence surfaces as a lightning rod issue in the 2016 presidential race.

Lt. Gov. Gavin Newsom, a Democratic candidate for governor in 2018, joined with the Law Center to Prevent Gun Violence in announcing the initiative last week.

The November 2016 ballot initiative, which already is being slammed by the National Rifle Association and other gun rights groups, would make changes on several fronts.

It would require owners to turn in "large-capacity" magazines -- those holding 11 rounds or more -- and report when their weapons are stolen. Perhaps the most controversial provision would handle ammo sales like gun sales by requiring "point-of-sale background checks" for ammunition purchases; dealers also would need a license similar to those required to sell firearms.

As New York has backed off a similar initiative, California would be the first state to enact such background checks, if the initiative is successful. Four states -- Connecticut, Illinois, Massachusetts and New Jersey -- require ammunition purchasers to obtain permits ahead of time, according to the initiative's supporters.

The proposal comes in the wake of high-profile killings nationwide and three in the San Francisco Bay Area that were tied to stolen guns.

But the National Rifle Association said Newsom's effort would chip away at Second Amendment rights.

The NRA has been tangling with Democratic presidential candidates in recent days after several made gun laws a rallying cry at the lead-off 2016 primary debate.

Asked at the debate which "enemy" he's most proud of, former Maryland Gov. Martin O'Malley said: "The National Rifle Association." Hillary Clinton also included the NRA on her enemies list.

Aside from the ammo background checks, the California proposal also would require felons to relinquish weapons, and ensure that data is shared with the federal firearms database on residents who are prohibited from owning guns.

Gun control advocates welcomed California's proposal, pointing to the lack of political will at the federal level. Newsom made his announcement in San Francisco near the site of a 1993 gun massacre that helped spur federal restrictions on assault weapons.

"Congress has failed to pass even the most basic laws to help keep guns out of dangerous hands and save lives," said Kate Folmar, spokeswoman for Everytown for Gun Safety, a group founded by former New York Mayor Michael Bloomberg. "The states have and will continue to take action to reduce gun violence despite the gridlock in Washington."

Polls have shown California voters are generally more supportive of restricting access to guns than voters in other states.