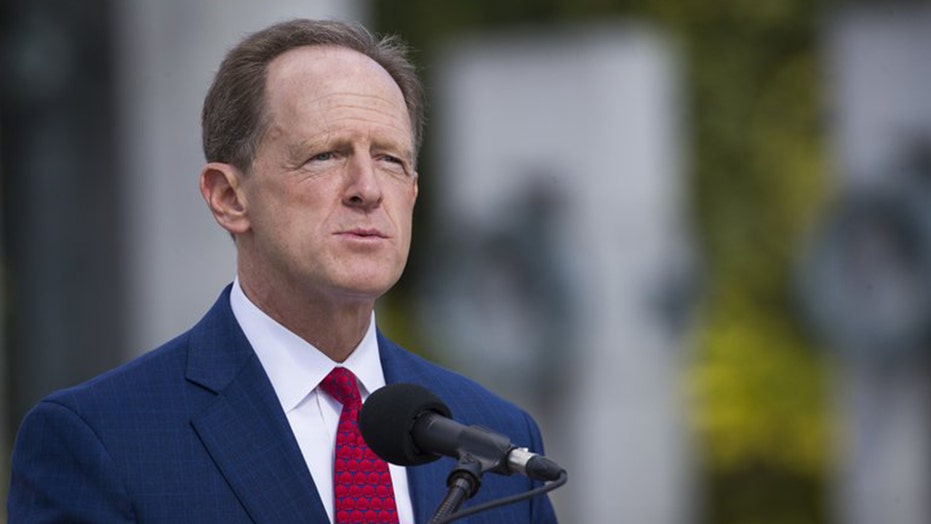 The announcement means that Pennsylvania Republicans will not have their most high-profile politician on any statewide ballot during the 2022 midterms in the critical swing state. Toomey had previously expressed interest in running for governor and was considered the odds-on favorite to be the Republican gubernatorial nominee in 2022 if he chose to run for the office.

The senator added that after his term, "My plan is to go back to the private sector."

The Republican senator was one of the last in the party to announce his support for moving ahead with the confirmation of Amy Coney Barrett to the Supreme Court before the presidential election.

Toomey is the only statewide Republican elected official in Pennsylvania who is not a judge. He narrowly won reelection in 2016, the same year that President Trump won the swing state on his path to an Electoral College victory.

Gov. Tom Wolf, a Democrat, will not be allowed to run for reelection in 2022 due to the state's gubernatorial term limits. Therefore there will be two open-seat statewide elections in Pennsylvania during the midterms -- one for the governor's office and one for Toomey's seat.

"I would like to thank Senator Pat Toomey for his many years of distinguished service to the people of Pennsylvania,” Lawrence Tabas, the chairman of the Pennsylvania Republican Party said in a statement. “Unlike so many elected officials before him, Senator Toomey changed Washington D.C., not the other way around."

Tabas added: "The Republican Party will miss Senator Toomey and his leadership, but he will forever have a place in the PAGOP moving forward."

Toomey said he has no specific plans for what to do once he leaves the Senate. He also complimented Democratic Sen. Bob Casey, his counterpart from Pennsylvania, saying they've "outpaced ... almost every other divided delegation in the Senate in the category of filling vacancies on the federal bench and we've done so with just some wonderful, talented people across Pennsylvania."

The senator also mentioned the fight against the opioid crisis and standing with police officers as things he's proud of from his time in the Senate and issues he will continue to work on in his final two years in office.

"My intention is to work as hard as I possibly can," he said. "I will have the luxury in a way of not having a campaign to manage at the same time."

Toomey also said he hopes to be the chairman of the Senate Banking Committee if Republicans keep the Senate and that he hopes Trump wins reelection. Toomey said Trump's coronavirus diagnosis and his debate performance did not play a role in his decision to leave the Senate in 2022. He said the reasoning behind the decision was that so many people were offering to help him run for reelection or governor, but he wanted to be "candid" with those people.

"I wanted to let everybody know," Toomey said.

"The reasons why I have reached this decision are not political, they're personal," Toomey said. He mentioned that he supports term limits and that he has been in public office for 18 of the last 24 years.

"Eighteen years is a long time," Toomey said. "And I've spent little time as I can in Washingon ... but it still ends up being a lot of time ... away from home. And I'm looking forward to more time back at home."