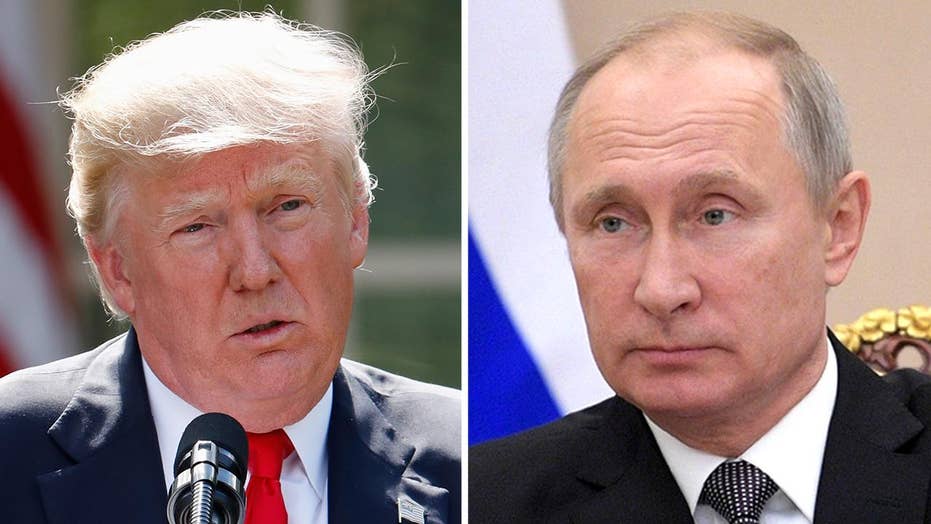 State Dept.: Trump-Putin meeting has to be results-oriented

Spokesperson Heather Nauert says more assurances are needed from Russia on the substance of a potential meeting with President Trump.

BEIJING – Secretary of State Rex Tillerson told reporters Thursday in Beijing that President Trump will likely meet with Russian President Vladimir Putin in some capacity – possibly even a formal sit-down – on the sidelines of the Asia Pacific Economic Cooperation Summit later this week.

Tillerson said at least an informal "pull-aside" is likely at the summit in Vietnam, but a formal "bilateral" sit-down is "still under consideration."

"We're working with the Russians, as you know, in a number of very difficult areas.  And we have been in contact with them," Tillerson said, responding to a reporter's question during a press briefing after Trump met with Chinese President Xi Jinping.

"The view has been if the two leaders are going to meet, is there something sufficiently substantive to talk about that would warrant a formal meeting?" Tillerson said.

Trump met over the summer with Putin at the G-20 summit in Germany. The U.S. and Russia have since been in a diplomatic tit-for-tat, all while the special counsel investigation into Russian meddling in the 2016 campaign escalates.

Tillerson said the two nations have "significant conversations" underway on various issues including Syria and Ukraine.

When asked if Russian meddling into the 2016 election was on the list of things to discuss, Tillerson responded bluntly: "It stays on that list."