Clarence surprised court watchers toward the end of arguments in a case involving a black Mississippi death row inmate who is asking the Supreme Court to toss his conviction because of racial bias in jury selection.

Supreme Court Justice Clarence Thomas filed a blistering opinion dissenting from a Monday decision to strike down a Louisiana law that required abortion doctors to obtain admitting privileges at a nearby hospital, calling the court's record on abortion "grievously wrong."

The pitched dissent made clear that Thomas is ready to tear down the court's protections for abortion completely in his most explicit comments yet that precedents all the way back to Roe v. Wade should fall.

"The plurality and [Chief Justice John Roberts] ultimately cast aside this jurisdictional barrier to conclude that Louisiana’s law is unconstitutional under our precedents," Justice Clarence Thomas wrote in a dissent. "But those decisions created the right to abortion out of whole cloth, without a shred of support from the Constitution’s text. Our abortion precedents are grievously wrong and should be overruled."

He added, lower in the opinion: "The plurality and [Roberts] claim that the Court’s judgment is dictated by 'our precedents,' particularly Whole Woman’s Health... For the detailed reasons explained by [Alito], this is not true... But today’s decision is wrong for a far simpler reason: The Constitution does not constrain the States’ ability to regulate or even prohibit abortion. This Court created the right to abortion based on an amorphous, unwritten right to privacy, which it grounded in the 'legal fiction' of substantive due process."

Thomas further called Roe v. Wade "farcical," said the Supreme Court's "abortion jurisprudence remains in a state of utter entropy," and said the court "can reconcile neither Roe nor its progeny with the text of our Constitution," so "those decisions should be overruled."

Justices Samuel Alito, Brett Kavanaugh and Neil Gorsuch all sided with Thomas in saying that the Louisiana law, which required doctors performing abortions to obtain admitting privileges at nearby hospitals, should be allowed to stand. Critics said that it was highly difficult for doctors to get such privileges and the law would result in fewer abortion doctors in the state, therefore limiting women's access to abortion. Supporters said it increased safety for women getting abortions, making it easier for them to be seen in an emergency room in the case of complications.

But Alito, Kavanaugh and Gorsuch kept their analyses more limited to the issue at hand and did not directly challenge Roe v. Wade.

"The judicial power is constrained by an array of rules... Today’s decision doesn’t just overlook one of these rules. It overlooks one after another," Gorsuch said in an opinion that savaged the reasoning of both the plurality of liberal justices and Roberts, who wrote a concurring opinion that rounded out the 5-4 majority needed to reach a result in the case. But Gorsuch stayed away from Roe.

"In truth, Roe v. Wade... is not even at issue here," he said. "The real question we face concerns our willingness to follow the traditional constraints of the judicial process when a case touching on abortion enters the courtroom." 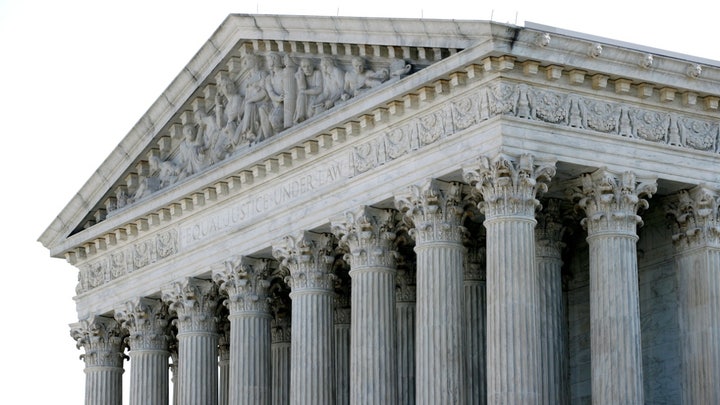 Roberts appeared to be suspicious of the abortion clinics' arguments against the Louisiana law during oral arguments earlier this year. He and Kavanaugh both wondered whether the state law would be an "undue burden" to a woman's right if few or no doctors had problems getting admitting privileges.

Roberts also filed a dissenting opinion in a similar case just a few years ago. But he said he was bound by precedent in his Monday concurring opinion, in which he joined the final conclusion of the plurality of liberal justices to strike down the Louisiana law.

Thomas seemed to take a shot at that deference to precedent by Roberts.

"More importantly, we exceed our constitutional authority whenever we 'appl[y] demonstrably erroneous precedent instead of the relevant law’s text," Thomas said. "Because we can reconcile neither Roe nor its progeny with the text of our Constitution, those decisions should be overruled."

Thomas, who has been on the bench longer than any other sitting justice, had previously made comments in various opinions seeming to lay the framework for a full-frontal assault on Roe v. Wade. 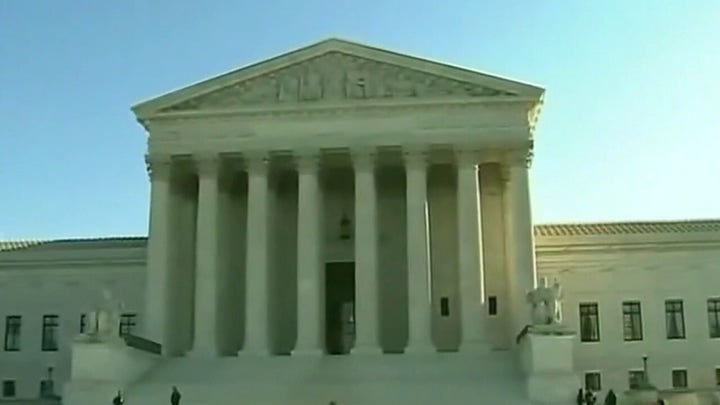 And earlier this year, Thomas called Roe v. Wade "incorrect" in a concurring opinion on a case about non-unanimous jury verdicts.

"The unreasonableness of this interpretation is underscored by the Court’s struggle to find a 'guiding principle to distinguish ‘fundamental’ rights that warrant protection from nonfundamental rights that do not,' ... as well as its many incorrect decisions based on this theory," Thomas said, including Roe v. Wade in the in-text citation to that line.

He also lumped in two other cases as "incorrect" along with Roe -- Obergefell v. Hodges, which required all states to recognize gay marriage, and Dred Scott v. Sandford, which in 1857 ruled that black people could not be American citizens and was a significant contributing factor to the Civil War.

Thomas, on Monday, also addressed one other element of the Louisiana case -- a controversy about whether the abortion clinics that challenged Louisiana's law even had the right to sue.

"As is often the case with legal challenges to abortion regulations, this suit was brought by abortionists and abortion clinics," Thomas said. "Their sole claim before this Court is that Louisiana’s law violates the purported substantive due process right of a woman to abort her unborn child. But they concede that this right does not belong to them, and they seek to vindicate no private rights of their own. Under a proper understanding of Article III, these plaintiffs lack standing to invoke our jurisdiction."

Fox News' Bill Mears, Shannon Bream and Gregg Re contributed to this report.