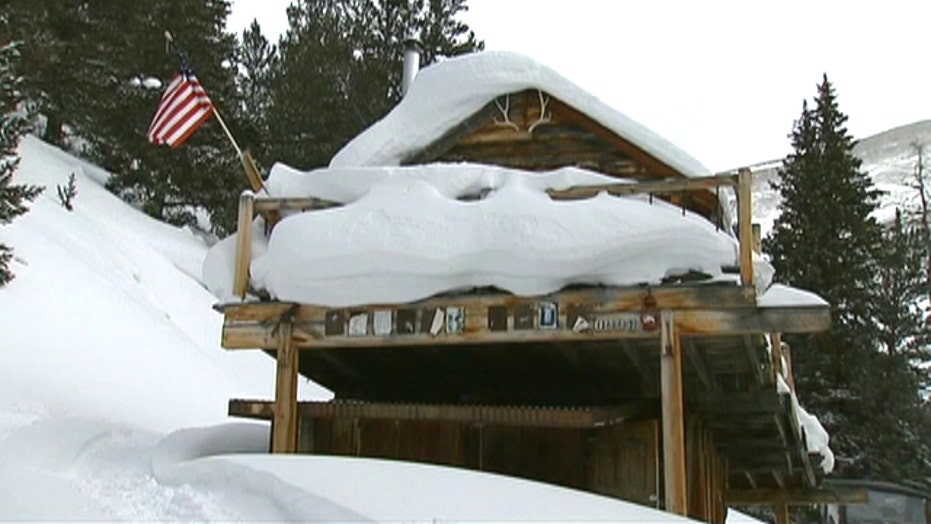 He is not talking about property taxes, inflation or even the cost of skiing in glitzy ski country. Rather, he's talking about the legal fight he and his wife have been waging to save their pristine piece of mountain property -- with breathtaking views of Colorado's high country -- from being taken over by the county through eminent domain.

Their battle is a unique test of private property rights. Unlike in countless other cases, where local governments have used those powers to seize land to make way for a road or some economic development project, Colorado's Summit County is using eminent domain to go after the Barries' land simply because officials want the open space.

It's a peaceful plot of land the Barries don't want to part with.

"Everyone has their special place where they really like to go, and when we came up here the first time we said this is our heaven, this is a special place," Andy Barrie explained.

Two years ago, Andy and Ceil Barrie bought two pieces of land: a house in an established subdivision, and another piece of property at a higher elevation, accessible by an old mining road.

The isolated parcel is surrounded by 2.2 million acres of White River National Forest, and is essentially an island of private property. It includes an old mining cabin, an outhouse and a shuttered gold mine. The area is popular with hikers.

The couple's trouble started when the U.S. Forest Service took them to task for using a utility vehicle to drive from their main residence to their cabin. They say they never went off-road, and petitioned for the path to be declared a county road.

The county, though, responded by trying to buy the Barries' higher-elevation property in order to protect and preserve it as open space. The Barries, who never had any plans to develop it, did not want to sell.

That's when the county pulled their trump card.

Unbeknownst to the Barries, the previous owner had remodeled the cabin without permits. So Summit County commissioners voted to condemn the property for wiring and plumbing (even though the cabin has none) and filed for eminent domain.

"I understand that we are all trying to save these beautiful mountains and make them accessible to everyone, but you know that property has been sitting there since President Garfield signed our land patent, and we're not doing anything bad there," Ceil Barrie said.

Last week, the two sides participated in required, formal mediation with a judge. Summit County, which refused interview requests, released a statement saying: "Both parties engaged in productive negotiations in pursuit of a voluntary settlement regarding the purchase. ... We are optimistic that a resolution will be reached within a matter of weeks, if not days."

The Barries' hopes are dimming. Asked if recent mediation pointed to a way for the Barries to keep the land in the family name and avoid eminent domain, Andy Barrie responded flatly, "No, they're taking it."

Further, they're concerned that should Summit County seize control of their 10-acre tract, the county will simply trade the property with the U.S. Forest Service for valuable land closer to town.

"They collude together to basically screw up their citizens. ... Sooner or later, we're going to run out of money, but we wanted to fight the good fight and let people know our story and what their government is up to," Andy Barrie said.

Fox News checked with the White River National Forest division of the U.S. Forest Service about the Barries' case. Spokesman Bill Kight said via email: "In the case of  this or any on-going legal matter (including eminent domain petitions) with any federal, state, county or local government the Forest Service will not be issuing any statement during such legal proceedings."

The Barries have spent more than $75,000 to date. The mediation judge recently advised them the financial figure could double in the coming months.

"I even promised my daughter she could get married up here, and now all that's gone," Andy Barrie said.