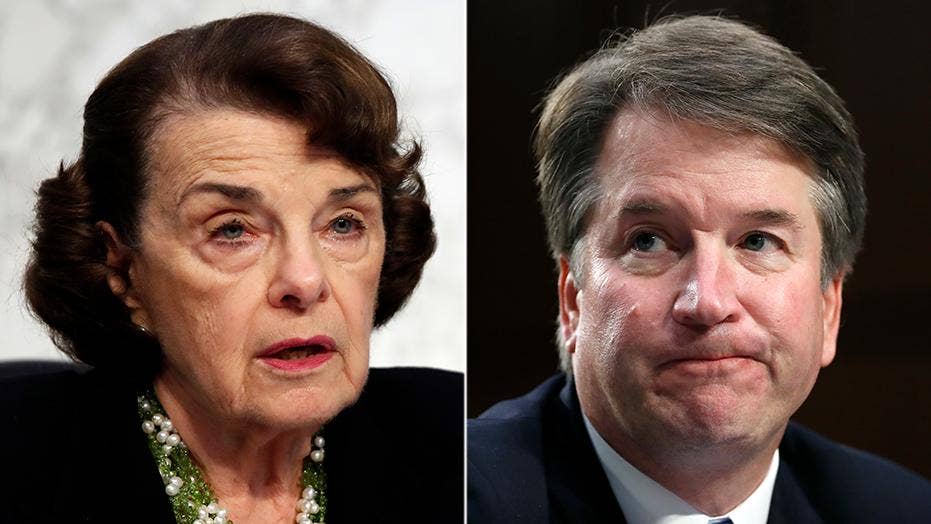 What might the allegations made against Supreme Court nominee Brett Kavanaugh mean to his confirmation process?

In the short term, nothing. Republicans on the Judiciary Committee are insistent they will forge ahead with a committee vote on Sept. 20. Then it's on to the floor the following week.

But, it is worth noting the steps the White House and majority staff on the Judiciary Committee are taking to make sure things remain “all systems go” for Kavanaugh, and to portray everything in the best possible light.

If Republicans didn’t think there was a threat to the nomination due to the allegation of misconduct in his youth, they would slough it off and not say much about it. But you can’t take anything for granted in a Senate divided 51-49 between Republicans and Democrats, or with a committee split 11-10 in favor of the GOP.

The math is always paramount.

Plus, seeded deep in the back of the minds of Republicans is how things played out with the allegations made by law professor Anita Hill against Supreme Court Justice Clarence Thomas back during his nomination process.

It’s said that history may not repeat itself. But it sure can rhyme.

On Sept. 17, 19 and 20, 1991, the Judiciary Committee held hearings on Thomas’ nomination. However, the committee was deadlocked, 7-7, reporting out his nomination to the floor without a formal recommendation from the committee.

Nowhere is a recommendation essential to confirming a Supreme Court justice. But it’s rare to not have a “favorable” recommendation from the committee for a lifetime appointment. Regardless, the Thomas nomination was poised for a debate and confirmation vote on the floor.

NPR Legal Affairs Correspondent Nina Totenberg then obtained a leaked report from the Judiciary Committee and the FBI about sexual harassment allegations made against Thomas by Hill when they worked together at the Equal Employment Opportunity Commission (EEOC).

The Judiciary Committee, under the leadership of then-Sen. Joe Biden , D-Delaware, moved to re-open hearings on Oct. 11. The panel summoned Hill and Thomas to testify, along with a host of others. The second set of hearings ran through the weekend and became compelling, must-watch TV. CBS even debated showing the hearings instead of the Major League Baseball playoffs.

It turned out that not doing so was a poor decision, as the hearings captured better numbers.

The Senate went on to confirm Thomas that October, but by a very narrow margin with a 52-48 vote.

Sens. Susan Collins, R-Maine, and Lisa Murkowski, R-Alaska, have not announced their support for or opposition to Kavanaugh. Their votes are essential in a narrowly divided Senate. It's reasonable to say that any reservation by the two senators over the high school allegations leveled against Kavanaugh could imperil the nomination.

On the flip side, there's some speculation that moderate Senate Democrats facing challenging re-election bids may be willing to vote for Kavanaugh. Of particular interest are Sens. Joe Manchin of West Virgina, Heidi Heitkamp of North Dakota and Joe Donnelly of Indiana. All three voted to confirm Supreme Court Justice Neil Gorsuch last year.

Doug Jones, an Alabama Democrat, was not in the Senate for the Gorsuch vote, and isn't up for re-election this fall. But he could also be in play.

Democrats may be willing to vote for Kavanaugh if Republicans can show they have 50 yeas for the nomination. But again, it is unclear if the high school issue will have any impact on Collins, Murkowski or, for that matter, any other other senator.

So keep an eye on the disposition of Collins and Murkowski. Their votes could prove crucial with this latest wrinkle in the Kavanaugh confirmation.