The markets melted down Monday amid Standard & Poor's downgrade of the government's credit rating.

To eliminate the graffiti problem in the House of Representatives.

Marauding graffiti artists are a staple of the urban landscape. They stencil their squiggles in subway stations, spray jumbled hieroglyphics across boxcars parked in rail yards and tag the sides of public housing projects.

To leave their marks, graffiti artists scale water towers and dangle at awkward angles from highway overpasses. These rituals let passersby know they were there and alert them to the risks they took.

All in the name of emptying a can of Krylon.

The graffiti artists of Capitol Hill approach their craft with a certain subtlety. They don't spray-paint their names all over the subway cars that run between the Rayburn House Office Building and the Capitol. They don't tag the columns atop the House steps or scale the Dome to leave their name there.

Hey, this is Congress. It's all in the interest of disclosure. After all, they wouldn't want the Ethics Committee after them.

Capitol Hill's graffiti artists are House pages. And on Monday, Boehner and Pelosi announced they were halting a tradition that spans nearly back to the dawn of the republic.

And here's how you can catch the handiwork of the House's graffiti artists.

Journey to the third floor of the Capitol on the House side. A bank of three elevators empties into a small corridor near the House chamber, directly across from the paintings of Joseph Rainey, Jeanette Rankin and Romualdo Pacheco. Respectively, they are the first African American, the first female and the first Hispanic American to serve in the House of Representatives. The obvious direction is to turn left and walk toward the House chamber. But to the right stands a heavy wooden door which opens into an adjacent hall inside the House Radio-TV Gallery. Make a right down that hall and you'll encounter a steep, industrial metal staircase. The stair looks like it could double as a fire escape on a New York tenement in Alphabet City.

Hiking up that stair is not for the weak of heart. In fact, the ascent is pitched at a nearly 90 degree angle, so steep that it's hard to discern what's at the top of the landing. Short of a Sherpa, climbers are wise to grab tight to both of the narrow rungs that run parallel to the stairs.

Capitol Hill maintenance workers make this trek occasionally to tend to the vents and cables. But the group that made this climb most often when the House was in session are the pages.

This is the only route to the roof. And its where pages came twice daily to raise and lower the American flag above the House chamber, a bit of parliamentary semaphore that indicates the body is meeting.

A row of hooks juts out from the wall, each holding a hard hat. A sign decrees that the pages must wear the hats when they travel out onto the roof to raise and lower the flag.

In the Senate, there's a tradition for departing members to carve their names into their desks. But there's a tradition in the House too. The House attic is where the least-powerful group of people who work on Capitol Hill make it known that they served, too.

No cans of spray paint for these graffiti artists. A Sharpie is the quill of choice here.

There are no overpasses and bridges to tag above the House chamber. Instead, the heating shafts and attic walls serve as the pages' canvas.

"Kathleen Boland" marked up the House attic back in 1993. She was a page to then-House Speaker Tom Foley (D-WA). Then there's "Clay Hammock," who documents his service to the South Dakota delegation in 2003.

It's unknown if "Andrew Breest" of "Fayetteville, GA" will make it in politics. But he informed everyone of some rather lofty intentions in an undated signature: "I'm going to the moon and back. Maybe one day I will return here."

You've heard of Bachmann and Pawlenty and Gingrich and Huntsman as they gear up for this weekend's Iowa Straw Poll. But no one's thrown their support to "Stephen Whitney." Breest may want someone to fly him to the moon. But Whitney's intended destination is certainly to infinity and beyond.

Organization on the ground is the key to success in Iowa. But so is knowing what year they'll hold the election. Candidate Breest could run in 2036. But there's no contest in 2035.

Rapid response is the hallmark of any stellar political operation. And at least in the House attic, the GOP failed miserably in defusing a Democratic charge.

"Dems Rock" is the inscription that page "Betsy G. Blount" left on a heating shaft in 1998.

"I love the Republican party," was the graffiti from "Ken Cloniger."

But Cloniger didn't counter Blount until the "Summer of '03."

Not all of the graffiti is the province of House pages. "Justin A. Lord" decided to add his signature to a wall near a fuse box on "05/02/00." Lord made sure no one associated him with the other graffiti artists, distinguishing himself as an "Electrician's Apprentice, Local #26, IBEN."

Who said organized labor was no longer a force to be reckoned with on Capitol Hill?

Some of the graffiti even affirms the adage that "what was old is new again." Take the case of "Christopher Katsaros," who signed in 2002-2003. At the time, Katsaros was a page for "Rep. Nancy Pelosi, Minority Leader.'

Which is precisely the role Pelosi holds now, after a four-year stint where she wielded the speaker's gavel.

In recent years, lawmakers from both parties have railed against the "Office of Congressional Ethics" (OCE). The OCE is a quasi-government organization charged with investigating virtually any ethics complaint, filed against a House member, frivolous or otherwise.

Of course, the OCE can summarily dismiss the charge if they determine it lacks merit. Or, if there's substance to the accusation, the OCE can refer the matter to the formal Ethics Committee.

However, there's no redress if someone levels an allegation in graffiti up in the House attic.

When he faced scrutiny last year, Rep. Charlie Rangel (D-NY) once exclaimed that the ethics process stunk "to high heaven."

The same could be the case with "Bryan."

Regardless, it's hard to envision anyone stepping forth to serve on the investigative subcommittee empanelled to determine Bryan's pungency.

In their "Dear Colleague" letter to lawmakers announcing the cessation of the page program, Boehner and Pelosi indicated that technology antiquated many of the pages' responsibilities. Pages are no longer needed to fetch lawmakers when the House calls a vote. Pages aren't required to shuttle documents between offices. The House handles most of these tasks electronically.

And such technological achievements are what makes the graffiti left in 1996 by page "Jocelyn Henry" seem so out-of-date. On a wall next to where electricians store spare light bulbs, Henry noted her mailing address: "148 Boltwood Dr., NE, Grand Rapids, MI."

They could even call the practice of such graffiti markings "hashtagging."

The iPhone may have helped terminate the House page program. But no one has yet invented an "iFlag." And that means when the House next meets, someone other than a page will climb that obscure, steep staircase. They'll don a hard hat, venture out onto the Capitol roof and run Old Glory up the flagpole. It's a signal to all of Washington that the House of Representatives is conducting the nation's business.

And then they'll lower the flag, too. Just as the House lowered the flag on the page program Monday.

Pages will no longer be able to "revise and extend" their remarks in the form of graffiti.

Attics are where most people store things. Worn-out clothes. College textbooks. Some furniture. Old photographs. And people sometimes venture up to the attic to reminiscence.

Such is the case with U.S. House Page Program. Its legacy will endure in a similar space amid the pipes and vents that stretch above the House chamber.

In the nation's attic. 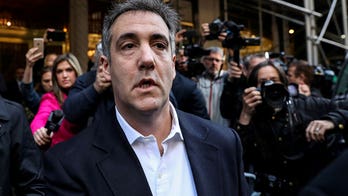