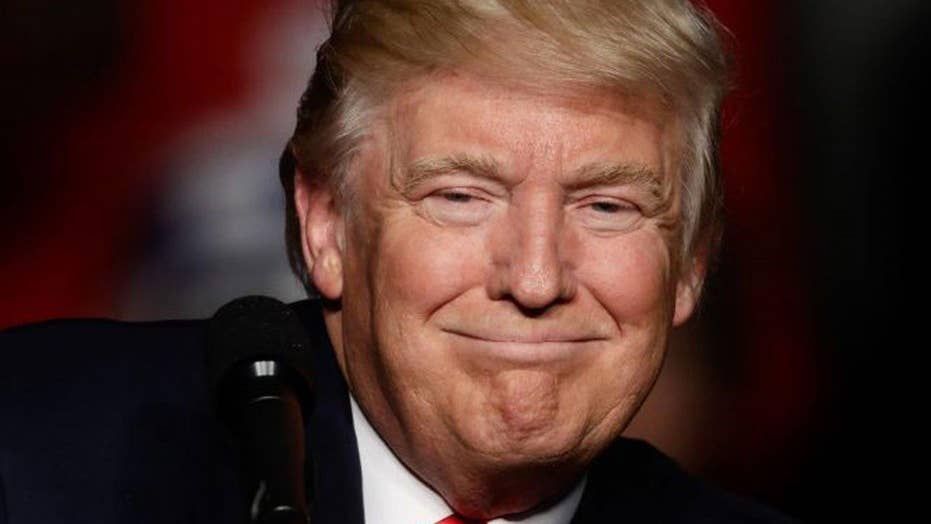 Are the press playing fair with President Trump?

Washington is a city of order and procedure, of carefully parsed words, of message discipline and talking points, of lengthy memos and scripted speeches.

Donald Trump is blowing that to smithereens.

The new president is a creature of cable television and social media, reacting in real time and saying whatever is on his mind. And the firehose quality of these opinions and declarations is driving this city nuts.

To his supporters, Trump is a disruptor, speaking bluntly, in the lingo of real people, about tackling America’s problems.

To his detractors, Trump is a bloviator, spewing self-indulgent and oversimplified statements that may bear little relation to reality.

Whatever the pluses and minuses of his approach, it sets a frenetic pace that sharply contrasts with the government culture of referring issues to commissions and task forces that report back months later.

And the media have still not figured out how to cover this fast-forward president, leading to debates on how and whether to cover his steady stream of tweets.

In short, journalists are fighting the last war.

A smart piece by Peter Baker in the New York Times recognizes the new reality:

“He sits in the White House at night, watching television or reading social media, and through Twitter issues instant judgments on what he sees. He channels fringe ideas and gives them as much weight as carefully researched reports. He denigrates the conclusions of intelligence professionals and then later denies having done so. He thrives on conflict and chaos.”

Now that he’s president, the piece says, “his 140-character pronouncements carry the power of an Olympian lightning bolt. In the course of 24 hours alone, he threatened to send federal forces into Chicago and vowed to investigate his own false claim that three million to five million votes were cast illegally in November, costing him the popular vote.”

I have no problem with news outlets fact-checking the presidential tweets. But there is a dismissive tone in some reports that Trump should be dismissed for shooting from the hip, that things simply aren’t done this way.

But perhaps reacting to cable and Twitter reflects our new era. After all, presidents once didn’t do late-night comedy shows, podcasts or Facebook chats.

It’s no secret that Trump watches a lot of Fox News, which seems to be a significant player in all this. While he has criticized the network in the past, and famously skipped the Iowa debate, he recently congratulated Fox for beating every other network in the Inauguration Day ratings, while taking a shot at “fake news” CNN. And Trump gave Sean Hannity his first cable news interview as president yesterday, following Wednesday’s sitdown with ABC’s David Muir.

On Tuesday night, for instance, Bill O’Reilly said this: “First 23 days of this year, 42 homicides in the windy city, up 24 percent from last year. An unbelievable 228 people have been shot and Chicago in 23 days!” Then he asked: “Can President Trump override local Illinois and Chicago authorities and stop the murder?”

And yesterday, about 15 minutes after “Fox & Friends First” reported that Chelsea Manning had criticized President Obama, who commuted her sentence for leaking classified material, Trump tweeted: “Ungrateful TRAITOR Chelsea Manning, who should never have been released from prison, is now calling President Obama a weak leader. Terrible!”

It’s hardly shocking that a businessman who hosted a reality-TV show for 14 years should be so sensitive to the rhythms of television. And there are obviously risks to this approach.

But rather than waiting for his staff to provide news summaries, the new president uses his remote control to stay plugged in. And we’d all better get used to it.