Beto O'Rourke, the Democrat challenging GOP Sen. Ted Cruz in the midterm elections, says there is 'nothing more American' than kneeling during the national anthem.

Officials in a small Texas town passed a resolution slamming U.S. Senate hopeful Beto O’Rourke over his recent comments on NFL athletes kneeling during the national anthem, calling his remarks false and such protests “disrespectful.”

The Reno City Council said in the resolution passed earlier this week that it’s “disrespectful toward, and dishonors the sacrifice of our veterans, service members, and first responders of the United States of America to kneel during the National Anthem.”

The council deemed the anthem as a time when “all should stand to recognize and honor the sacrifice they have made to our country,” the Star-Telegram reported. 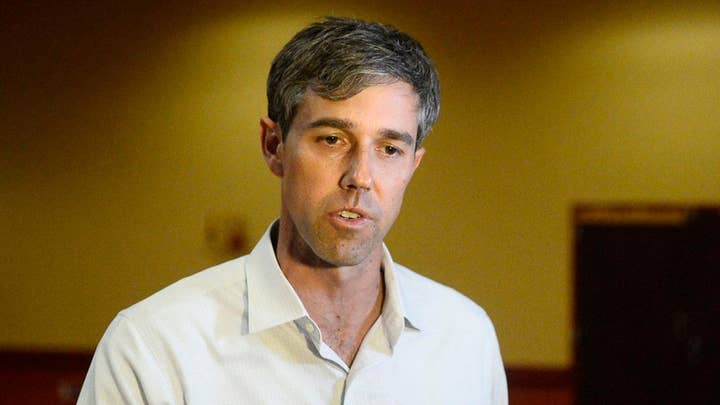 The officials also slammed O’Rourke, who’s trying to unseat Texas Sen. Ted Cruz in a high-stakes election this November, saying his comments about the kneeling NFL plays are “false.”

The Democrat previously defended the athletes who kneel during the national anthem as a way to protest racial injustice.

“Non-violently, peacefully, while the eyes of this country are watching these games, they take a knee to bring our attention and our focus to this problem to ensure that we fix it,” O'Rourke said. “I can think of nothing more American than to peacefully stand up, or take a knee, for your rights, anytime, anywhere, or any place.”

According to the council, however, O’Rourke’s comments aren’t legitimate.

“The Reno City Council considers kneeling during the National Anthem of the United States of America not only un-American but to be one of the highest forms of disrespect ..."

“The Reno City Council considers kneeling during the National Anthem of the United States of America not only un-American but to be one of the highest forms of disrespect anyone can show to the sacrifice and service of our country’s military members, veterans and first responders,” the resolution said.

The Democratic hopeful cautiously responded to the resolution being passed by the council.

“I am grateful to everyone who has put their life on the line for this country, every member of law enforcement and every one of our first responders,” he told the newspaper.

“I am grateful to all who would engage in discussion and action to ensure the full civil rights of every American,” he added.

Reno Mayor Eric Hunter reiterated the council’s position in an interview with the Hill, saying their resolution represents the city’s feelings about O’Rourke’s comments.

“My primary point was that Mr. [O'Rourke] is wrong, there are many other things one can do that is more American than showing such disrespect for our veterans and our country,” Hunter said.

“While it's the right of anyone to kneel and I would defend that right, it's also our right to state our opinion that their method of protest is disrespectful. We have four veterans on our council including myself, and I think we would all agree on that point,” he added. 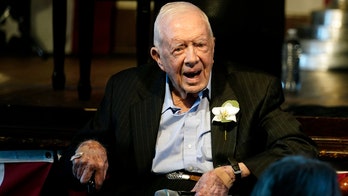