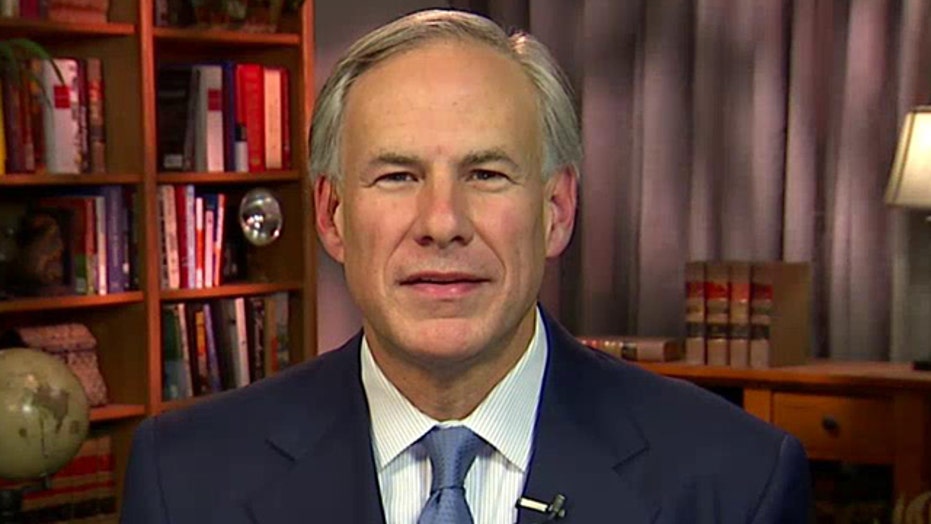 The lawsuit was filed in U.S. District Court in Texas on Wednesday, and names the heads of the top immigration enforcement agencies as defendants.

Abbott, in a news conference in Austin, said the "broken" immigration system should be fixed by Congress, not by "presidential fiat."

He said President Obama's recently announced executive actions -- a move designed to spare as many as 5 million people living illegally in the United States from deportation -- "directly violate the fundamental promise to the American people" by running afoul of the Constitution.

"The ability of the president to dispense with laws was specifically considered and unanimously rejected at the Constitutional Convention," he said.

Abbott specifically cited Article 2, Section 3 of the Constitution which states the president "shall take care that the laws be faithfully executed."

He said the lawsuit asks the court to require Obama to go through Congress before enforcing laws, "rather than making them up himself."

However, a White House official defended the actions as perfectly within the president's authority.

“The Supreme Court and Congress have made clear that federal officials can set priorities in enforcing our immigration laws, and we are confident that the President’s executive actions are well within his legal authorities," the official told Fox News.

The announcement opens a new front in the roiling debate across the country over the immigration actions.

The legal action comes as a separate legislative battle plays out on Capitol Hill. Some Republicans want to use a must-pass spending bill as leverage to defund the president's immigration initiatives. But House Speaker John Boehner is trying to push off that battle until next year, when his party will control both chambers.

Under Obama's order, announced Nov. 20, protection from deportation and the right to work will be extended to an estimated 4.1 million parents of U.S. citizens and legal permanent residents who have lived in the U.S. for at least five years and to hundreds of thousands more young people.

In the lawsuit, Texas is joined by 16 other, mostly southern and Midwestern states, including Alabama, Georgia, Idaho and Indiana.

The lawsuit raises three objections: that Obama violated the "Take Care Clause" of the U.S. Constitution that limits the scope of presidential power; that the federal government violated rulemaking procedures; and that the order will "exacerbate the humanitarian crisis along the southern border, which will affect increased state investment in law enforcement, health care and education."

Wednesday's announcement marks the 31st time the Texas attorney general has brought action against the federal government since Obama took office in 2009. The only other high-profile lawsuit against the immigration action has come on behalf of Arizona Sheriff Joe Arpaio.

Potential 2016 presidential candidate and current Texas Gov. Rick Perry, who leaves office in January, also spoke out against the executive order earlier Wednesday, saying it could trigger a new flood of people pouring across the Texas-Mexico border. Perry and Abbott also have said the order will promote a culture of lawlessness.

Perry said at a news conference that Obama's 2012 executive order delaying the deportation of children brought into the U.S. illegally by their parents triggered an unprecedented wave of unaccompanied minors and families, mostly from Central America, crossing into the U.S. this summer.

"In effect, his action placed a neon sign on our border, assuring people that they could ignore the law of the United States," said Perry, who has deployed up to 1,000 National Guard troops to the border.