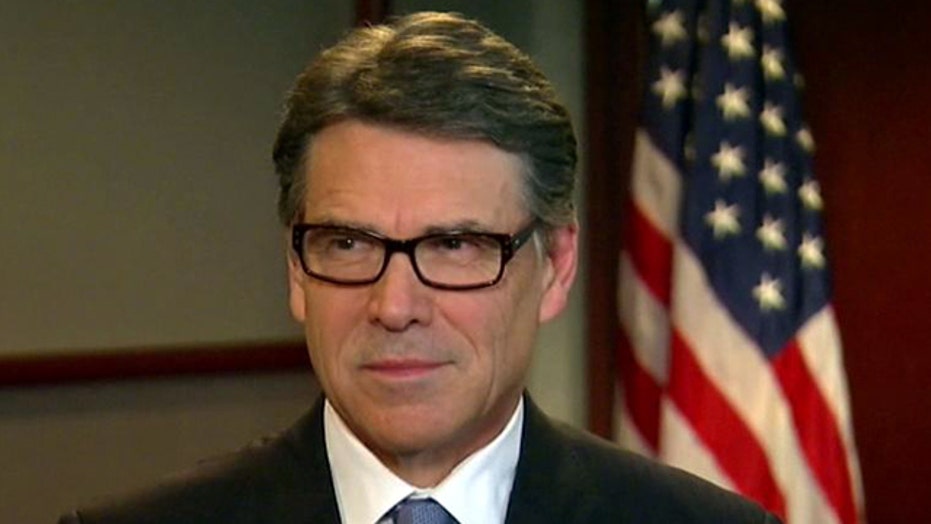 Exclusive: Rick Perry on his meeting with President Obama

Texas Gov. Rick Perry said Wednesday on “Hannity” that President Obama needs to act now to stop the surge in illegal immigrants flooding across his state’s border, calling it “a humanitarian crisis that he has the ability to stop.”

The Republican governor spoke out after meeting with Obama in Texas Wednesday afternoon. Both sides called the meeting “constructive” and said they agreed philosophically. However, Perry said he is concerned that Obama did not indicate he will take the immediate action he requested: to use his power as commander-in-chief to send the National Guard to secure the border.

“You know, I was like, Mr. President, you can deal with this. You can unilaterally direct the Department of Defense to put those troops on the border…” he told Fox News, later adding, “The president needs to understand that the single most important thing that he can do is put the National Guard on the border to coordinate with local law enforcement, with state law enforcement, with the Border Patrol…”

Obama said Wednesday that he is open to the National Guard suggestion, but that he believed it would only be a temporary fix.

Perry also criticized the fact that Obama is not visiting the border on his trip to Texas so he can witness the crisis first-hand. Obama said in a press conference Wednesday that doing so would be engaging in political “theater” and not productive.

“I said Mr. President, I really want you to come and see this,” Perry said. “I said this is important for you to absorb as a father, but more importantly as the president of the United States to see the humanitarian crisis.”

Perry said Obama’s refusal to do so is no different than the criticism President George W. Bush received when he chose to fly over New Orleans after Hurricane Katrina instead of visiting the city on the ground. He said Obama sending Homeland Security Secretary Jeh Johnson is not enough.

"I'm pretty sure that if George Bush had said 'well I sent my FEMA director multiple times' he still would have been criticized greatly," Perry said. "Because you need to go. That's what governors do, that's what presidents do. When there are natural disasters, when there are crises like these, a president needs to be there to show the American people number one that he understands."

In the press conference, Obama called on Congress to approve the more than $3 billion in emergency funds he requested to help with the crisis, but Perry claimed less than $100 million of those funds would be going toward border security.

“It’s the same president that said Al-Qaeda’s on the run and I don’t know whether he’s inept, or there’s something else going on, as I’ve said before,” he said. “But the fact is, the border is not secure.”

Perry said that if the National Guard was made available to help secure the border, it would send a powerful message to Central America.

“That’s the most humane thing we can do,” he said.