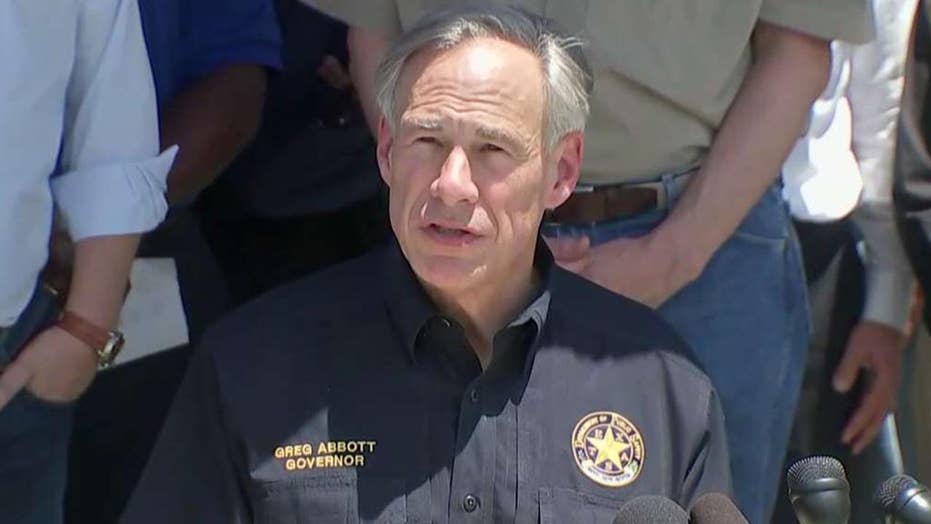 Greg Abbott says Texas mourns for the victims of this 'heinous' act, praises the actions of first responders, says he will convene roundtable discussions to create laws to protect the community.

The move is something of a change of heart for Abbott, a Republican who has worked to expand gun rights in Texas.

“When a shooting takes place, people want to rush to simple solutions,” Abbott said in February, after a mass shooting at a Florida high school that killed 17. “It’s time to tackle the tough solutions, and that’s mental health.”

On Wednesday, Abbott said he could back stronger regulations for gun storage and quicker reporting to law enforcement when a court has determined someone is mentally ill -- in order to keep that person from having weapons.

The Texas governor said those were top considerations to emerge after meeting representatives of a gun control group and gun owners as well as mental health and education experts in discussions on school safety.

"This conversation is a long time in coming."

"We have one goal ... making sure we're going to keep to our students, our schools, our communities safer," without limiting the right to bear arms, Abbott said.

Abbott called for the meetings as he weighs ideas for possible legislative action or executive orders. Tuesday focused on mental health issues. 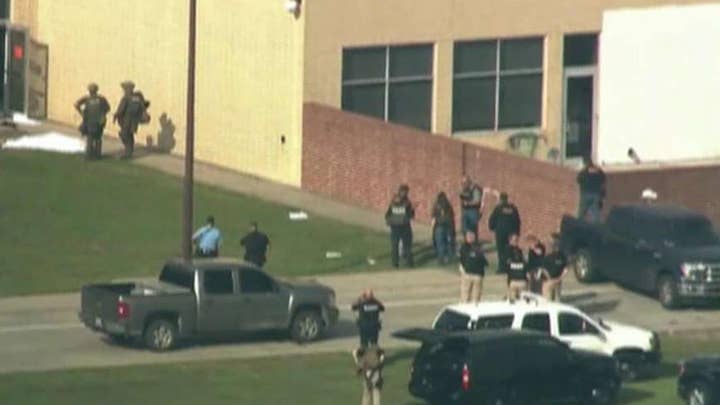 Thursday's meeting will include students and families from the shooting at Santa Fe High School and the November 2017 attack on a rural church in Sutherland Springs, as well as Stephen Willeford, the armed "good Samaritan" who shot back at the church shooter.

The governor has said he wants to keep guns away from people "who would try to murder our children." But critics have said Texas isn't serious about changing its gun-loving culture.

A group of student activists wrote the governor a letter Wednesday, criticizing his support of the National Rifle Association and calling for expanded background checks on gun purchases and other gun-control measures.

"We are dying on your watch. What will you do about it?" said the letter signed by students who identified themselves as organizers of Texas student gun-control marches held after the February shooting at a high school in Parkland, Fla.

Two children look at a memorial for the Santa Fe High School shooting victims outside the school Wednesday, May 23, 2018, in Santa Fe, Texas. (AP)

Wednesday's three-hour discussion included representatives of Texas Gun Sense, which has pressed for tougher background checks for gun sales and "red flag" laws that keep guns away from people deemed a danger to themselves or others.

Ed Scruggs, vice chairman of Texas Gun Sense, said he was glad to get a seat at the table.

"This conversation is a long time in coming. We needed it and it kind of releases the tension a little bit," said Ed Scruggs, vice chairman of Texas Gun Sense. "You get a sense everyone does care."

Police have said the 17-year-old suspect in the Santa Fe shooting used his father's shotgun and .38-caliber handgun. Abbott said he and lawmakers need to look at how to address gun storage laws that might have prevented the shooter from getting the weapons.

Texas allows authorities to deny handgun licenses based on a person's mental health history and to seize weapons from people determined to be in a mental crisis in some circumstances. But mental health history information is up to the applicant to provide and is not related to the purchase of a gun.

Texas courts are supposed to tell law enforcement if a person taken in for a mental health evaluation has been ordered into a mental hospital. Weapons seized could be returned to that person's family. Abbott said that reporting could take up to 30 days and he'd like to see that window closed to within 48 hours or less.

"That is incomprehensible, especially given technology today," Abbott said.

Federal law prohibits an individual "adjudicated as a mental defective" or involuntarily committed to a psychiatric facility from owning or purchasing a firearm.