AUSTIN, Texas – The Wild West tradition of openly carrying your six-shooter on the street has long been banned by many cities in Texas. But the state's next governor could change that.

Rising Democratic star and gubernatorial candidate Wendy Davis has joined her top Republican rival in supporting a proposed "open carry" law. It would allow people with concealed handgun licenses to wear a pistol on their hip, in full view, while in public.

Davis has said she supports expanding gun rights in Texas. But in a statement to The Associated Press, she said that includes open-carry -- a position that puts her at odds with her own party but could keep her from alienating gun rights advocates in a deeply conservative a state where the Second Amendment is sacrosanct.

Davis' position now aligns her with her Republican gubernatorial rival, Texas Attorney General Greg Abbott, marking her latest effort to eliminate it as a wedge issue in the campaign.

The state senator from Fort Worth said such a law should allow private property owners to determine whether weapons could be openly carried on their property. She also said background checks and training requirements would "help ensure that only mentally stable, law-abiding citizens may carry, whether concealed or open."

But her party and influential Democratic colleagues, including a fellow state senator running for lieutenant governor, disagree.

"There is little or no public safety justification for open carry," said Emmanuel Garcia, spokesman for the Texas Democratic Party.

Kellye Burke, who leads the Texas Chapter of Moms Demand Action for Gun Sense in America, also opposes Davis' position. She said the open carry of firearms, whether rifles or pistols, "is meant to be a sign of intimidation. It's not about protection."

"I don't think people are aware of it. They just haven't seen it yet. People are completely shocked how strange and lawless it looks to have that kind of firepower in our daily life," Burke said.

History suggests that Davis' position is a pragmatic one. Former Gov. Ann Richards, a Democrat, vetoed a concealed handgun measure, but Republican George W. Bush made it a major campaign issue when he defeated Richards for governor in 1994. Texas passed its concealed handgun law the next year.

Davis, who said she keeps a gun at her home for protection, supported legislation last year to allow college students with concealed handgun licenses to keep their weapons in their cars. She also voted for reduced training requirements to get such a license.

"Sen. Wendy Davis' new pro-gun stance may help improve her low grade with the NRA, but it won't help it won't help her (be) a straight shooter when it comes to the facts of her anti-gun record," Huerta said, noting that Abbott supported an open-carry bill in the 2013 legislative session.

"If the issue isn't important to you, then it would be smart to take it off the table by saying, `Me, too; now let's go back to talking about education and how we fund road building and the stuff the mainstream of Texas is really concerned with,"' he said.

Open carry is specifically allowed in 17 states, according to the National Conference on State Legislatures. Many others leave it up to cities and counties to impose restrictions.

But laws in five states -- including Texas -- and Washington, D.C. specifically prohibit open carry of handguns, according to the gun rights advocacy group OpenCarry.org.

Texas does allow open carry of long firearms, such as rifles and shotguns, with virtually no restrictions. In recent months, rifle-toting Second Amendment advocates have held public demonstrations at the Alamo in San Antonio and near the Capitol in Austin.

Texas has about 600,000 concealed handgun license holders, who must be at least 21, pass criminal background checks and go through a training course. In 2013, state lawmakers relaxed the training requirements, reducing the minimum time required for classroom and shooting range instruction from 10 to 15 hours to four to six hours. 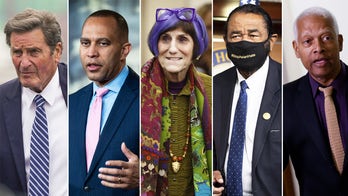 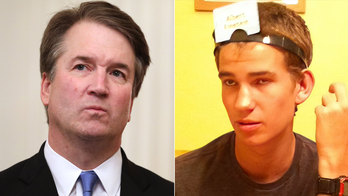