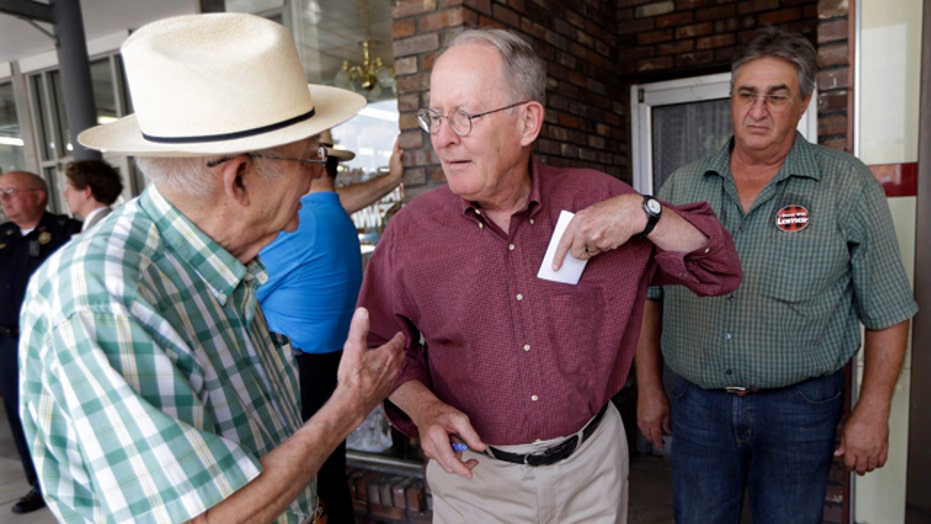 Tennessee Republican Sen. Lamar Alexander told Fox News on Friday that his reputation of "getting things done" on Capitol Hill led to his primary victory over a group of GOP challengers.

"I made the argument that we didn't want a senator who could just make a conservative speech," the Republican nominee said on Fox News' "America's Newsroom." "If we want to change ObamaCare or secure the border or fix the debt, we're going to actually have to pass something."

The lawmaker's most prominent challenger on Thursday was Tea Party-backed state Rep. Joe Carr, who had hoped to capitalize on voter anger over issues such as the immigration crisis.

"The victory, if anything, says we selected a nominee who's got a reputation for working across party lines and getting results," Alexander said.

The senator believes Republicans have a "very good chance" of taking back the Senate in November, but said lawmakers must prove they can lead if the party wants to be successful in 2016.

"If we really want to take the presidency in two years, we're going to have to show the American people they can trust us with the government," he said.

Known on Capitol Hill as one of the more moderate members of his party, Alexander has been a political player in Tennessee for the last four decades, serving two terms as governor and two terms in the U.S. Senate. He also unsuccessfully ran for president twice.

He is strongly favored to win re-election in November in the heavily Republican state.