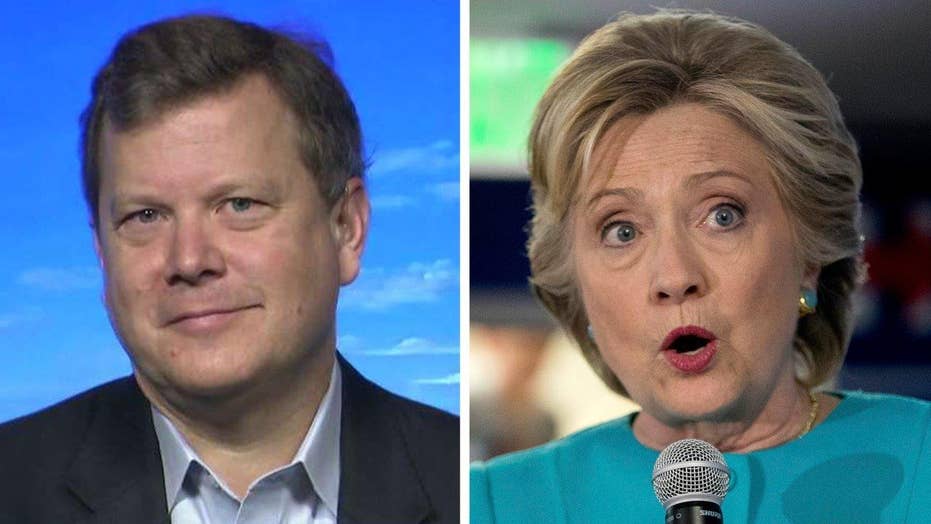 Top Hillary Clinton aides in April 2015 decided to accept money raised by lobbyists representing foreign interests despite the potential political fallout and without telling Clinton, according to newly leaked emails.

The internal discussions were disclosed Sunday in a new batch of WikiLeaks messages that allegedly were stolen from the gmail account of Clinton campaign chairman John Podesta. About 12,000 of 50,000 purported Podesta emails have been released so far. The discussion about taking funds raised by people disclosed as lobbyists under the Foreign Agents Registration Act began on April 13, the day after Clinton announced she was seeking the Democratic presidential nomination.

Clinton Finance Director Dennis Cheng initially raised the subject, unclear about whether the campaign was indiscriminately allowing “those lobbying on behalf of foreign governments to raise” money for the campaign or if the issue would be decided on a case-by-case basis. General Counsel Marc Elias called the decision “a straight up political call” and aide Jesse Ferguson simply asked, “How much money we’re throwing away” if they turned down foreign lobbyists.

The next day, aide Karuna Seshasai noted that 27 of 370 prospective bundlers had already been flagged as registered with FARA. Among the countries represented were Iraq, Azerbaijan, Egypt, Libya, the United Arab Emirates and Libya.

Campaign Manager Robby Mook, senior aide Huma Abedin, Podesta and others held a conference call and initially voted to not allow anyone currently registered as a foreign agent to contribute or raise money, though anyone who terminated their FARA registration would be allowed to contribute.

But Cheng pushed back in an April 15 email, saying some of “our friends who happen to be registered with FARA are already donating and raising.” He added the campaign would be “leaving a good amount of money on the table” if the Mook-Abedin-Podesta plan was followed. And another factor came into play.

“How do we explain to people that we’ll take money from a corporate lobbyist but not them; that the [Clinton] Foundation takes $ from foreign govts but we won’t”? Cheng wrote.

Elias concurred in part with Cheng, advocating for a case-by-case decision process.

After some more back-and-forth, Mook wrote on April 16 that he had been convinced.

“So…in a complete U-turn, I’m ok just taking the money and dealing with any attacks,” he wrote.

A week later, Abedin revealed in an email to Mook that Clinton learned about the plan to accept foreign lobbying money by reading about it in the newspaper. But it didn’t appear Clinton was prepared to veto the move.

“She just didn’t know that we had decided to accept it,” Abedin wrote. “Wanted to know who the individuals are and wants to weigh in.”

It’s unclear if a subsequent meeting was held.