Members of the Free Syrian Army (FSA) left Washington, D.C., last night following several days of meetings with a White House official, members of Congress and State Department officials. Their message for President Trump was clear: Stop Iran and Al Qaeda in Syria, and they will work with his administration to bring peace to the war-torn nation.

"We are hopeful that Mr. Trump will take great steps to promote a unified Syria living in peace, freedom, and democracy," said Saad Fahd Al-Shweish, the former head of the Raqqa Provincial Council.

The Free Syrian Army is the military wing of the opposition to Syrian President Bashar Assad. They claim to have approximately 60,000 troops and say the U.S. won’t find a better partner in the fight to free Syria.

Some of their meetings coincided with Secretary of State Rex Tillerson’s major policy speech Wednesday on a new way forward on Syria. Tillerson spoke of five points that included an enduring defeat of ISIS and Al Qaeda, denying Iranian influence and a unified Syria under a post-Assad leadership. 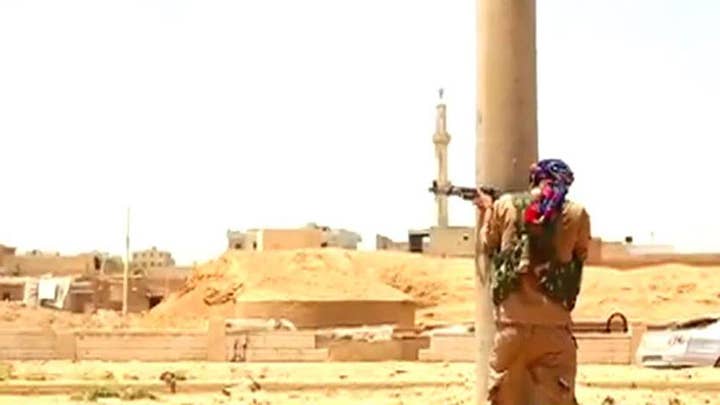 Osama Abu Zaid, one of the FSA's leaders, told Fox News the Tillerson speech was in line with a lot of what the group are seeking, but he still wants more details. "

"It's positive because the U.S. is still against Bashar Assad and supporting the political process about a democratic Syria and that is important," Zaid said, "but we still need clarification of the details and how to stop Iranian influence on the ground.”

While the FSA members would not go into the specifics of their White House meeting one member of the delegation, Khalid Aba, told Fox News that officials there "listened carefully to our points."

Aba is the political chief of the Levant Front, also known as Jabhat al-Shamiyah. He said his group was CIA-vetted and had spearheaded anti-ISIS forces in the city of Aleppo.

"I believe that the U.S. has shared interests with the Free Syrian Army because we are the best force to fight Iran," Aba said. "There is a dire need to defend [the] besieged East Ghouta [area] because it is the last bastion preventing Iran from turning south Damascus into another stronghold, like Hezbollah has in southern Beirut. 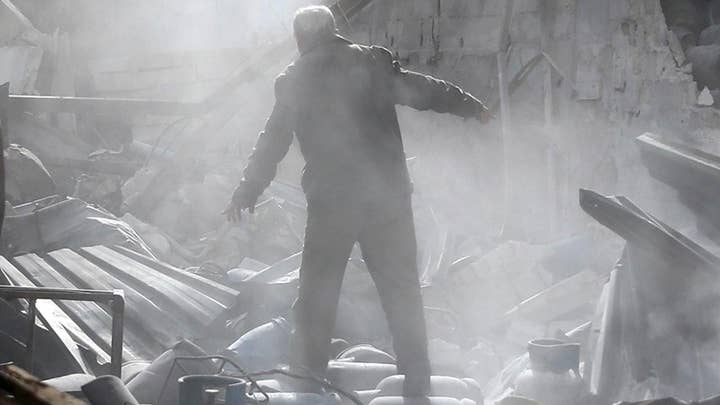 "Iran and Assad contributed to the creation of Al Qaeda and other extremist groups," Aba added.

Some have claimed the FSA is too close to Turkey and Qatar and even an ally of the Muslim Brotherhood, but members of the delegation say such accusations are not true.

"The Free Syrian Army is interested only in defending the Syrian people," said Mustafa Sejari, the founder of the Motassem Brigade, which he says was supported by the Pentagon. "We do not support the Brotherhood or any other political party; we only support the Syrian people in their aspirations for freedom and dignity."

"The global jihadist organizations are to me the same as the Iranian, Iraqi, or Hezbollah militias," added Zaid. "We must eliminate all of them."

Tony Badran, a Syria analyst at the nonpartisan Foundation for Defense of Democracies (FDD) research institute, told Fox News that the U.S. should not have much of an issue trusting the FSA. 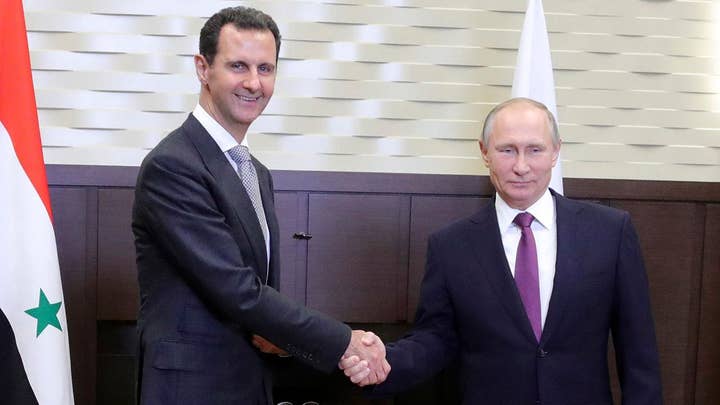 "Depending on the region, they have either been targeted by more radical groups, or they have maintained a coexistence of sorts in order to avoid infighting which would only benefit the Iranians and the regime," he said.

Badran also agreed with Aba that the FSA is all that stands between Iran and its partners establishing domination over key parts of Syria.

"When it comes to southwestern Syria, on the borders with Israel and Jordan, they are the only local partners standing in the way of the [Islamic Revolutionary Guard Corps] and Hezbollah setting up shop on our two allies’ borders," Badran said. "If the administration is serious about carving out areas of U.S. influence geared at countering Iran’s position in Syria, then, aside from the [Syrian Democratic Forces] in the north and east, the FSA and other local formations are the assets for the U.S. and its allies to work with toward that goal.”

Aba told Fox News his message to President Trump was simple: "If you genuinely believe in fighting Iran, you won't find a better partner than the FSA."