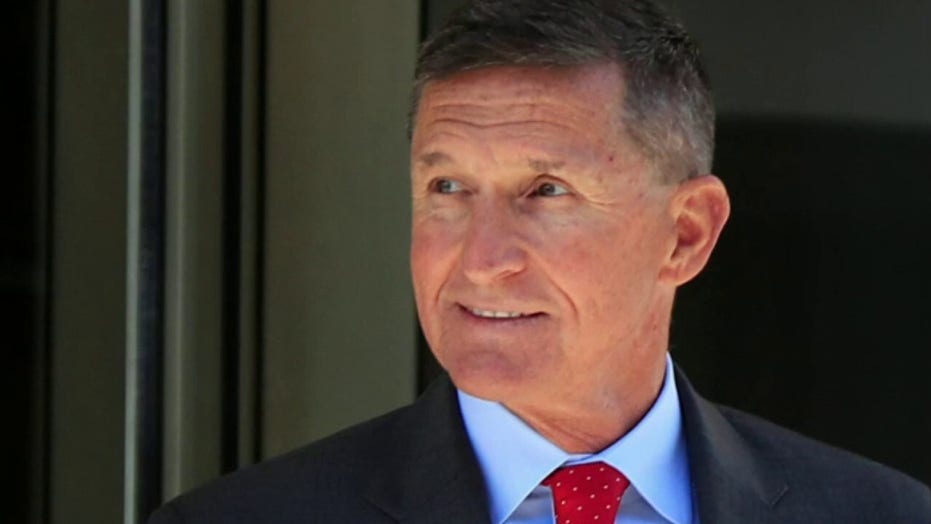 A three-year-old interview clip of former National Security Adviser Susan Rice resurfaced Tuesday after the declassified email she sent to herself on the final day of the Obama administration was released.

During an April 2017 appearance on PBS News Hour, Rice was asked about the then-breaking revelations about members of President Trump's transition team having been surveilled before he took office.

"In the last few hours, we've been following a disclosure by the chairman of the House Intelligence Committee, Devin Nunes, that in essence, during the final days of the Obama administration, during the transition after President Trump had been elected, that he and the people around him may have been caught up in surveillance of foreign individuals and their identities may have been disclosed. Do you know anything about this?" PBS anchor Judy Woodruff asked.

Rice then pivoted to Trump's accusation that then-President Barack Obama had "wiretapped" him during the 2016 election, insisting that "nothing of the sort occurred." She later insisted that "no president, no White House can order the surveillance of another American citizen. That can only come from the Justice Department with the approval of a FISA court."

She later stressed that Nunes' assertion at the time was that the surveillance was "legal and lawful" and that it was a "potentially incidental collection."

"That means that the target was either a foreign entity or somebody under criminal investigation and that the Americans who were talking to those targets may have been picked up," Rice explained.

However, the newly released email appeared to indicate Rice had knowledge of the surveillance that took place that led to the "unmasking" of then-incoming National Security Adviser (NSA) Michael Flynn from his communications with the then-Russian ambassador.

The email, which was written on Jan. 20, 2017, documented a Jan. 5 Oval Office meeting with then-President Obama and others, during which he provided guidance on how law enforcement needed to investigate Russian interference in the 2016 presidential race. Parts of it were released previously, but the section on then-FBI Director James Comey's response had been classified as "TOP SECRET" until now.

Rice continued in her email: "From a national security perspective, Comey said he does have some concerns that incoming NSA Flynn is speaking frequently with Russian Ambassador [Sergey] Kislyak. Comey said that could be an issue as it relates to sharing sensitive information. President Obama asked if Comey was saying that the NSC should not pass sensitive information related to Russia to Flynn."

Rice then wrote: "Comey replied, 'potentially.' He added that he has no indication thus far that Flynn has passed classified information to Kislyak, but he noted that 'the level of communication is unusual.'" 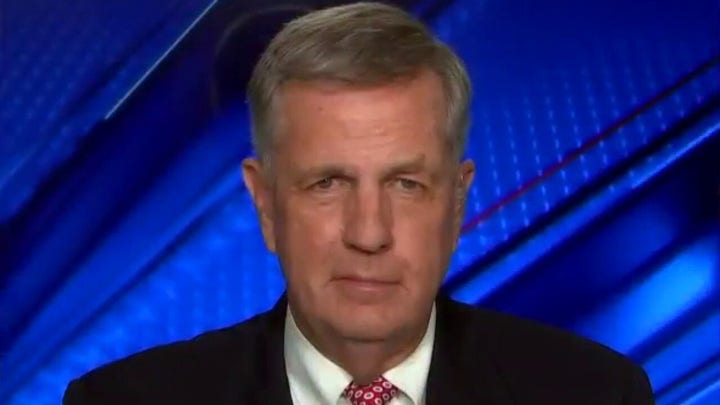 In a statement Tuesday evening about the email's release, a representative for Rice stressed that “no discussion of law enforcement matters or investigations took place, despite accusations to the contrary.” The spokeswoman also insisted the Obama administration did not change the way it briefed Flynn, saying Rice briefed Flynn for more than 12 hours on four separate occasions during the transition.

“Ambassador Rice did not alter the way she briefed Michael Flynn on Russia as a result of Director Comey’s response,” representative Erin Pelton said.