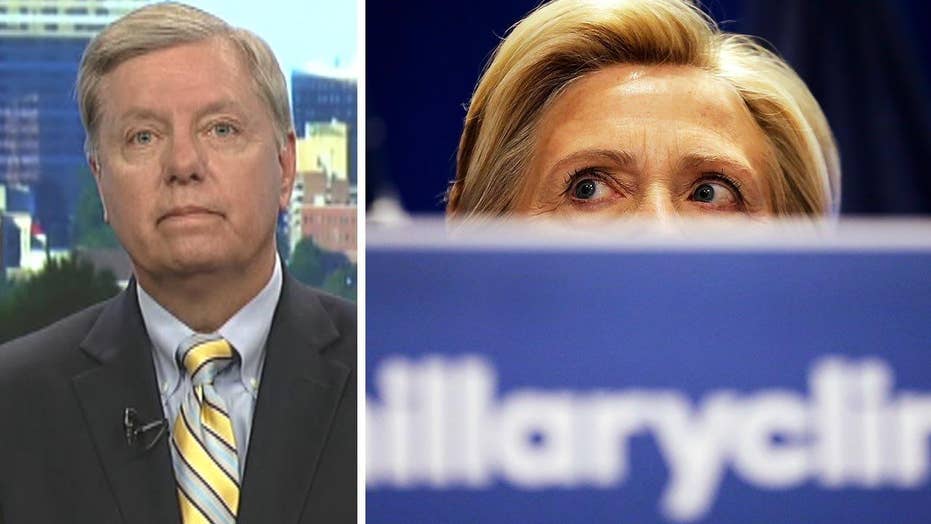 As critical reports pile up about the access Clinton Foundation donors enjoyed with Hillary Clinton’s State Department – and Donald Trump and his allies hammer her over the allegations – few elected Democrats have rallied to the party nominee’s defense.

The fact that many of her usual allies are locked in tight House and Senate races may be contributing to the surrogate silence, as they focus on their own races. But, as the Trump campaign was quick to point out Wednesday, the Democratic nominee has even faced criticism from her own side.

Most recently, former Pennsylvania Democratic Gov. Ed Rendell said in a Philadelphia radio interview that the so-called firewall between department and foundation officials was “ineffective” and the reported dealings create a “bad perception.” Comments like this, combined with a number of tough newspaper editorials, have left Clinton and her core team effectively on their own to combat a near-constant barrage of Trump condemnation.

On Wednesday, Trump called once again for a special prosecutor to investigate foundation donors getting special access to Clinton while she was secretary of state.

“She provided favors and access in exchange for cash,” Trump said at rally in Tampa. “She had a pay-to-play scheme. That’s why Congress or a special prosecutor should look into this.”

Trump’s comments came after the Associated Press reported Tuesday that more than half of the non-government people who met with Clinton while she ran the State Department donated to the foundation, either personally or through companies or groups, based on a review of agency calendars released to the wire service.

While few elected Democrats have been going to bat for Clinton over the past few days, Trump has enjoyed at least some back-up from elected Republicans -- who have been notoriously uneasy about locking arms with the billionaire businessman.

The campaign released a statement Wednesday from Rep. Dan Donovan, R-N.Y., backing his call for a special prosecutor.

And Texas Sen. John Cornyn, the No. 2 Senate Republican, asked Attorney General Loretta Lynch in a recent letter to investigate why the Justice Department declined to investigate the Clinton Foundation after recently released emails suggested donors sough preferential treatment while or after Clinton was secretary of state.

“This kind of conduct … reflects the worst concerns harbored by the public about the abuse of government office to benefit the powerful at the expense of the American people,” Cornyn wrote.

Republican strategist Rob Burgess said Wednesday that Clinton’s ethical issues have become a “liability” for some Democrats, though questioned whether they’d be able to avoid it.

"Try as they might, national Democrats will be unable to successfully distance themselves from the train wreck that is Hillary Clinton,” he said. “It seems that many Americans are referring to the old adage, 'Fool me once, shame on you. Fool me twice, shame on me.'”

Even Virginia Democratic Gov. Terry McAuliffe, a longtime Clinton ally who has boasted about vacationing with the family, appeared to duck a foundation question Tuesday when asked about the issue on MSNBC.

He instead responded by questioning Trump’s trustworthiness.

“I would say first and foremost, Donald Trump has zero credibility talking about any of these issues until this man releases his taxes,” McAuliffe. “So the idea that he's calling for a special prosecutor is crazy. We need to know what is in Donald Trump's taxes.”

Late Wednesday, former President Bill Clinton stepped forward to defend his family's foundation, saying that it was "trying to do good things.

"If there's something wrong with creating jobs and saving lives, I don't know what it is," Clinton added. "The people who gave the money knew exactly what they were doing. I have nothing to say about it except that I'm really proud. I'm proud of what they've done."

Bill Clinton also said changes at the foundation are needed if Hillary Clinton becomes president that weren't necessary when she led the State Department. The foundation won't accept foreign donations, and he will stop personally raising money for the foundation, he said.

Clinton ally and veteran strategist James Carville told “Fox and Friends” on Wednesday that nobody in the Clinton family has ever “taken a penny from the foundation and in fact have given it millions of dollars.”

“I think it is a terrific organization,” he said.

Clinton herself has been off the trail for almost a week to fundraise. Her running mate Tim Kaine has been the face of the campaign in public and has defended the nominee.

On Tuesday, the Virginia senator told an ABC affiliate while campaigning in Las Vegas that the foundation taking foreign donations while Clinton was secretary of state was appropriate because of the charitable work it does.